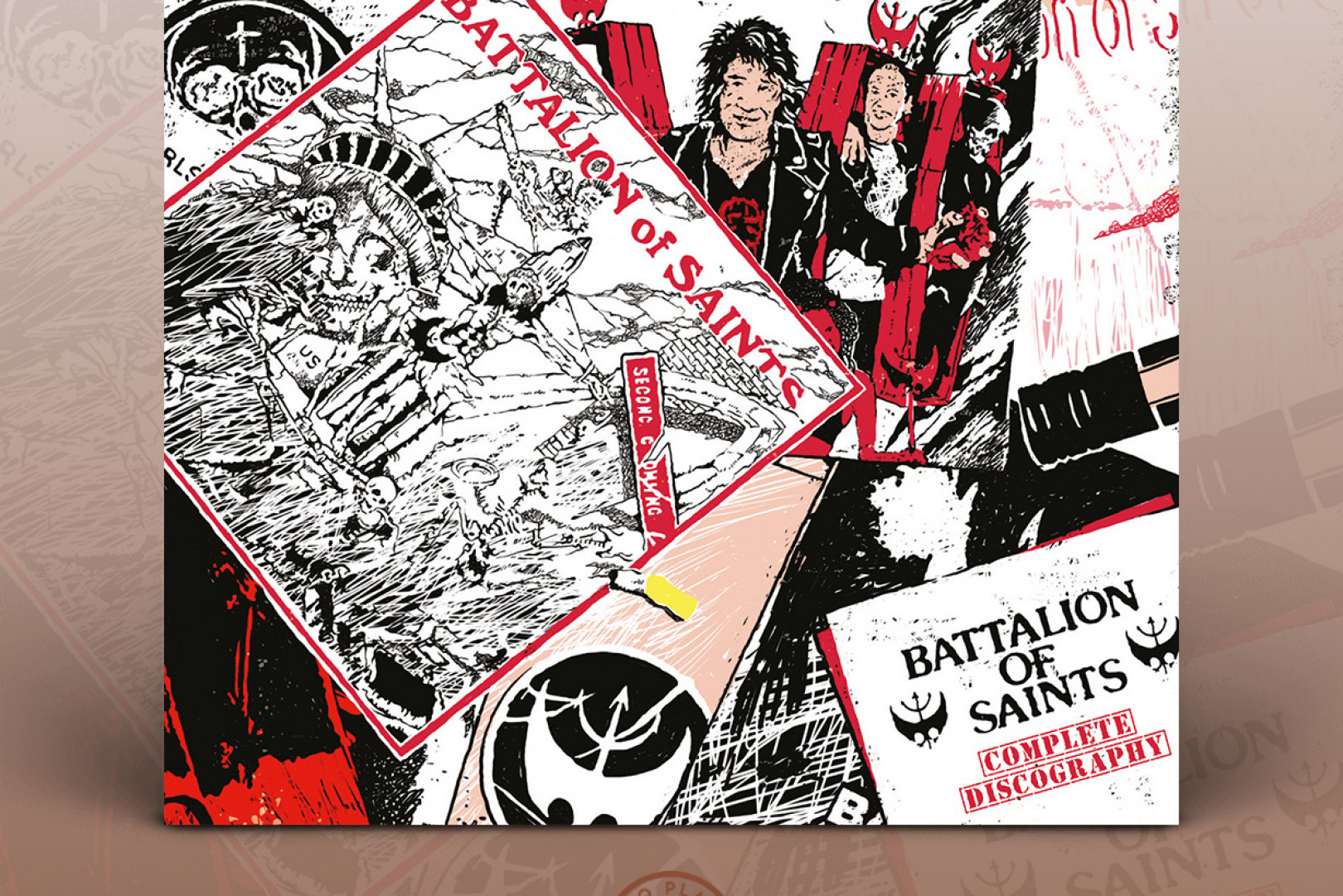 On May 13, Battalion of Saints will re-release their entire discography as a 3xCD box set. The release is simply titled Complete Discography and includes every single Battalion Of Saints studio recording since their inception including all the singles, albums, unreleased demo tracks, alternate versions, and compilation appearances, as well as two new studio tracks. All of the material has been remastered.

That's out May 23 via Plastic Head/audio platter.