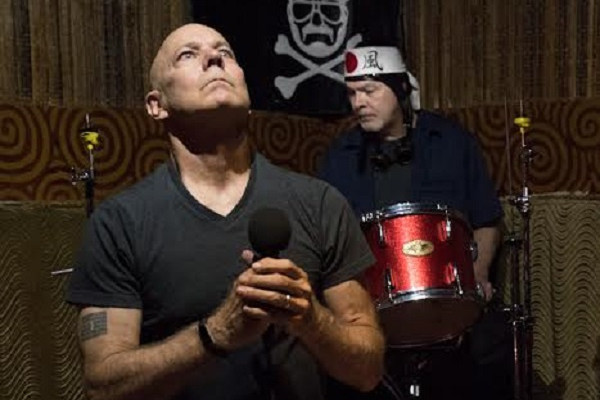 Today, we are psyched to debut the trippy new solo album by Ivan Nahem of Ritual Tension!

Ritual Tension are pioneers in American post-punk, cranking out hard and jagged cuts that told nasty tales of anger, paranoia, and frustration. But, on Nahem's new solo album, things are a bit more mellow and a lot more psyched out! Nahem was challenged by his friend and collaborator Gregg Bielski to ake an album that was able to be incorporated into Nahem's yoga practice and the result was his new LP. he release is mostly instrumental, with Nahem building soundscapes that melt and twist. He's not so much interested in crafting songs as he is sonic journeys that put you in a sort of placid, ethereal mindset. if you were hanging around with Dr. Who, and then he took you to meet Buddha, and then you all did a lot of acid, your ears would probably hear this sound.

Speaking to Punkenws about the album, Nahem said, "I’m a storyteller, I use music and words to tell stories. My work with Carnival Crash and Ritual Tension as vocalist allowed me to express my observations of the world gone wrong, mainly. While maintaining some of that edge in this music, I’m also trying to ‘still the fluctuations of the mind’ and at least make a stab at expressing some softness and calm."

Crawling Through Grass is out May 13 by Arguably Records on CD, digital download and via streaming platforms. But, you can take the full journey below, right now!

Montreal's The Fake Friends get confessional with "Flower Crowns"