Watch the new video by NOBRO! 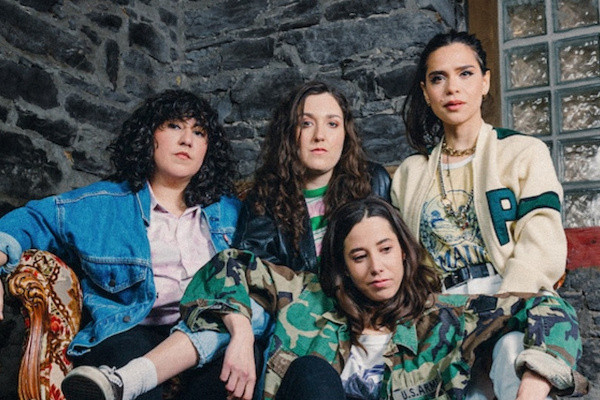 Today we are extremely excited to bring you the premiere of the new video by Montreal punk rockers NOBRO! The video is for their song "Life is a Voyage" and was edited by Grace Sims. Vocalist and bassist Kathryn McCaughey (who we recently interviewed) said of the video,

"This performance of 'Life is a Voyage’ were our final moments before the fun kicked in! Caught on video, before the night started to unravel and everything became blurry…”

"Life is a Voyage" is off the band's EP Live Your Truth Shred Some Gnar that was released in February via Dine Alone Records. NOBRO will be touring Ontario and Quebec with The OBGMs in June. Watch the video below!

Videos: Stud Count: "Through My Window"