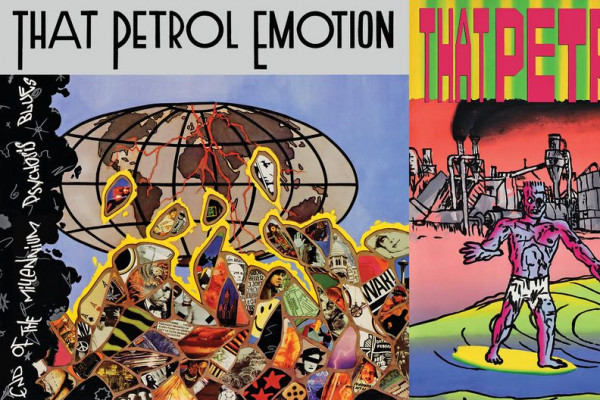 That Petrol Emotion was the band formed by Seán O'Néill and Damian O'Neill after the end of The Undertones. The band's original run was 1986-1993 and they released five studio LPs. The band are now re-issuing two of their albums.

1988's End Of The Millennium Psychosis Blue and 1990's Chemicrazy are out in July via Rubellan Remasters, with bonus tracks on the CD format. . Both have been dynamically remastered from original master tapes and expanded to 20 tracks each, which includes a selection of B sides, non-album singles, live tracks and remixes. The label has not yet revealed the full track listings.