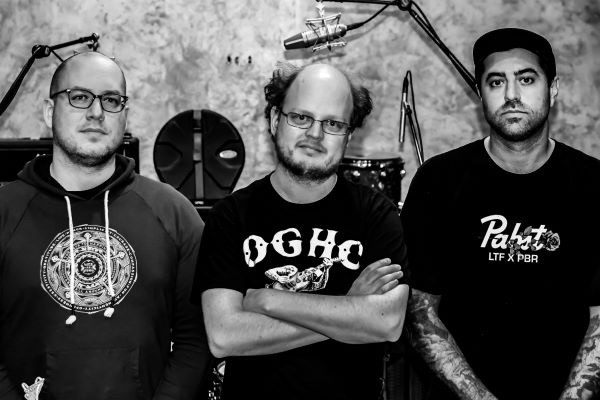 Today we are thrilled to bring you the premiere of the new video by Dead Fucking Serious! The video is for their new song "Panicdote" that features Lou Koller of Sick of It All and Efrem Schulz of Death By Stereo. The video was animated by Adam J. Dunn AKA Phantom Sloth and is age restricted so make sure you sign in to YouTube. Vocalist and guitarist Sammy Warm Hands said of the song,

"Through the lens of 2022, “Panicdote” is the most ambitious Dead Fucking Serious song to date. But when the song was composed in March 2020, it was a first-of-its-kind commentary on the pandemic.

“Panicdote” explores my real-time fears of being thrust into harm’s way as an “essential worker.” To elevate this concept, we enlisted two legendary hardcore singers, Lou Koller of Sick of it All and Efrem Schulz of Death By Stereo, who personified each of the song’s multiple bridges.

The expansive arrangement is reminiscent of The Decline (NOFX), appropriating the non-stop medleys that DFS are well-known for onstage. This song not only sets the tone for KLANDEMIC, but accounts for a quarter of its runtime."

The song is off Dead Fucking Serious' upcoming album Klandemic that will be out June 14 and you can pre-order it here. The band released Peril in 2019. Watch the video below!