Check out the new video by Mr. Phylzzz! 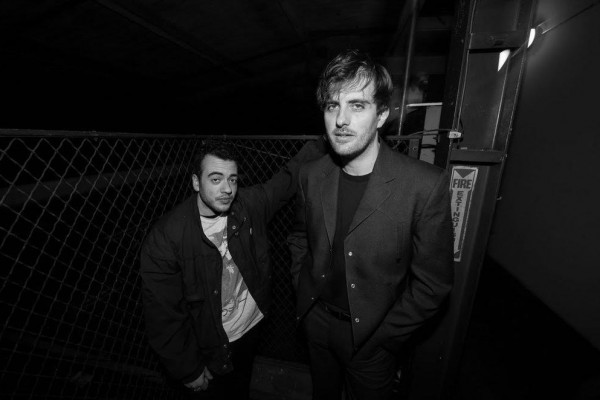 Today, we are PSYCHED to debut the new video by Mr. Phylzzz!

Mr. Phylzzz is a new-ish noise rock duo that make mean and scary heavy duty music. Their guitars sound like industrial wrecking balls smashing into metal sheet siding and the drums sound like pneumatic drills pounding hard rock. The band takes cues from Flipper, Unsane, and Melvins. So, it's fitting that the band's new track, "Mr. Entertainer" features appearances from a bunch of noise-rock top ranking champs! The Melvins Buzz Osborne, The Cows Kevin Rutmanis, and Haze XXL of Halo of Flies each show up to add some venom to the crushing track! It's even more fitting that the release is coming out on long running noise-rock label Amphetamine Reptile!

Speaking to Punknews, Clinton Jacob, Mr.Phylzzz guitarist says, "The new mr.phylzzz record on Amphetamine Reptile Records is a result of isolation, reflection and not giving a shit what anyone thinks. Recorded all by clinton of mr.phylzzz at his house in Chicago. The record features special guest like King Buzzo (melvins), Kevin Rutmanis (cows, melvins, lord and lady kevin, hepa.titus, tomahawk) and HAZE XXL (Amrep/ Halo of Flies) and even his cat Mr. Duety."

Cancel Culture Club is out now via Amphetamine Reptile and you can pick it up here!. A deluxe digipack version is expected out later this year. You can Follow Am Rep for updates on that. In the meantime, check out the video for Mr. Entertainer below, right now!