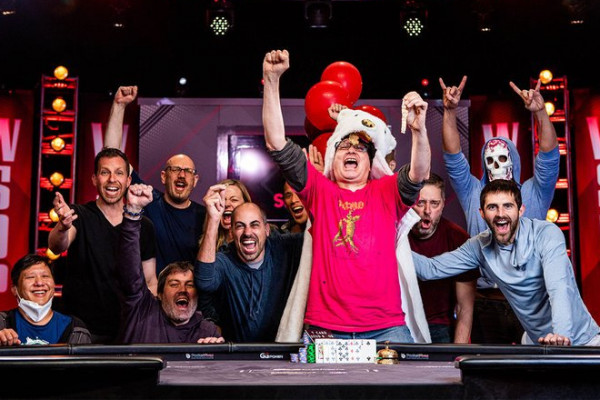 In addition to being a legendary producer, Steve Albini also loves Poker… and he's good at it, too. In 2018 , he won a gold bracelet for beating 310 players in Seven Card Stud. Well, this past weekend, he won a SECOND world series of poker gold bracelet.

Everything in my life comes in pieces, in parts. Poker is one part of my life. So when I’m playing poker, I try to commit to it. I try to take it seriously. I try to make sure I devote the attention to it that it deserves as an occupation. But it’s only part of my year. I only play tournaments at the World Series of Poker. I play cash games informally in Chicago. It’s a part of my livelihood, but it’s not my profession.