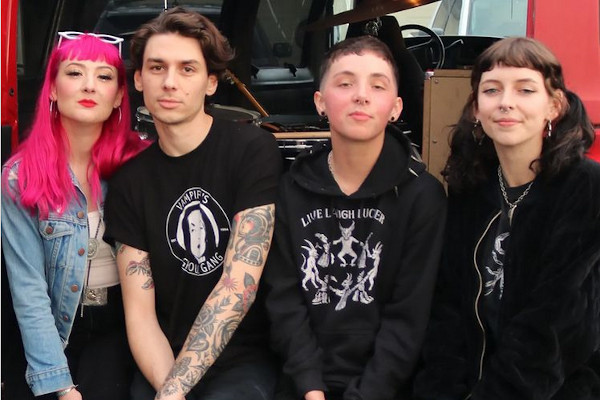 Contributed by desertburst92, Posted by Em Moore 5 days ago

Lucy Giles of Dog Party, Loggan Hammon of Small Crush, Donnie Walsh of Grumpster, and Randy Moore of The Moore Family Band have joined forces to create a new band called Doki Doki. The band have released a video for their first single "I Was Killing It Man". The video was produced and directed by Natalia Elise. The song is Doki Doki's debut single and is out now via Asian Man Records. Check out the video below.