Check out the new track by Middle-Aged Queers! 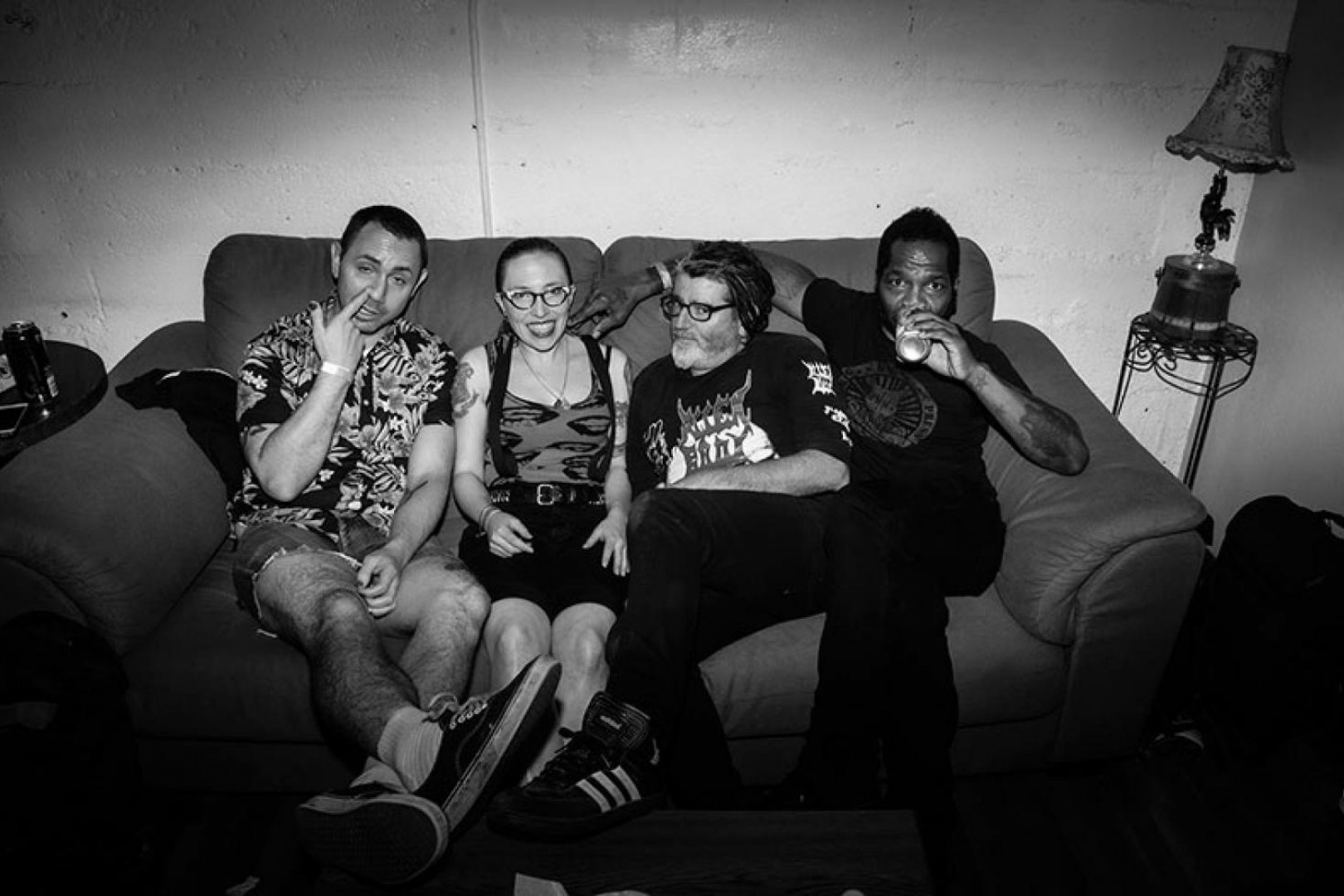 Today, we are psyched to debut the new track by Middle-Aged Queers!

Miidle-Aged Queers is the newish band composed of a bunch of LGBTA people that are middle aged that also rock that are also pretty funny. Check out the lead single to their upcoming sophomore album. Not only is the cover yet ANOTHER reference to Motley Crue, but "Knot Circus" blasts forward with some classic, jagged punk power. The tune twists and turns and, while it is a smasher, it actually asks a very tough question- in policing public bad behavior, are we all holding ourselves accountable, or are we all just a bunch of stool pigoens?

Most of the songs on this album were written in the initial lockdown period of Covid-19 and take a much darker approach than our first album; ‘Knot Circus’ is no exception. The song explores the phenomenon of catching people in their worst behavior while questioning if we, the public, are becoming a surveillance state. An interesting change of pace for a band that historically written primarily gay content.

You can check out the new tune below.