The OBGMs/NOBRO/Heart Attack Kids at Lee's Palace in Toronto, ON 06/25 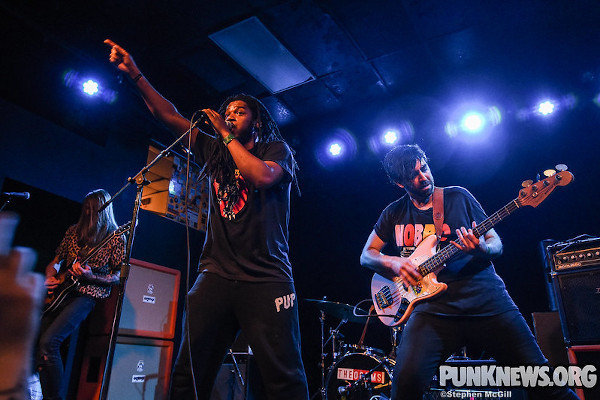 by Em Moore Photos 7 weeks ago

On June 25 The OBGMs played Lee’s Palace in Toronto, Ontario. This was the last show in their run with NOBRO that saw the bands switching headlining slots. NOBRO and Heart Attack Kids opened the show. The OBGMs released their single “Same” earlier this month and released their album The Ends in 2020. NOBRO released their EP Live Your Truth Shred Some Gnar earlier this year (which we spoke to them about in February!). Our photographer Stephen McGill was there to catch all the action. Check out his photos below.

Tours: Lagwagon / Strung Out / Grumpster / Bigwig / Sack / I Am the Avalanche (US)