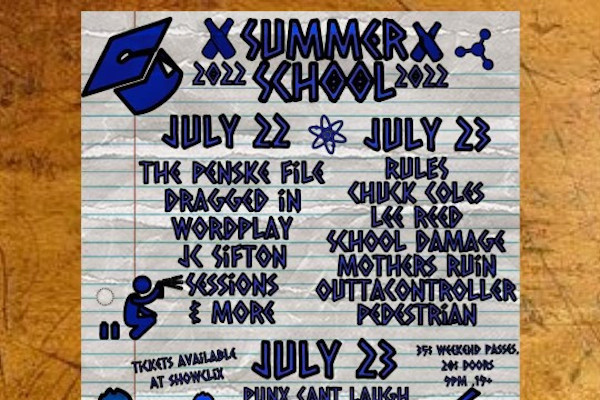 "It’s sure to be a weekend full of ringing ears, warm hearts, friendship, debauchery, laughter and rippin’ tunes.”

"It’s an afternoon of Ontario’s best stand up comedy and the shortest, hookiest punk songs written by 2 men who can’t drink beer cuz’ they get too bloated.”

Summer School will take place July 22 and 23 at the Bovine Sex Club in Toronto, ON and you can get tickets here.