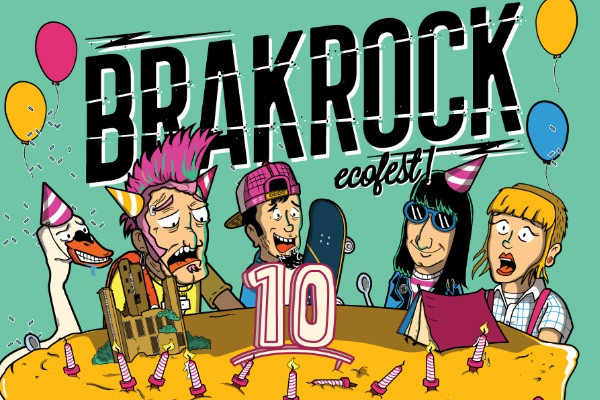 Last night, Brakrock fest issued their own statement on the incident. You can read that below. Thereafter, Sick Of It All posted a short statement on instagram addressing the specific issue of the alleged hitting and assault. You can also see that statement below.

After seeing statements by both Sick Of It All and No Fun At All today, we as the Brakrock organization feel the need to respond to try and give a neutral perspective on the events that were witnessed by many of our crew members. This is solely intended to give more insight into what happened and does not condone any of the behavior that was displayed by any of both parties involved.

During the No Fun At All set, a stage diver fell down and needed to be evacuated, causing their set to be stopped for about 10 minutes. Afterwards, members of our crew noticed the singer grabbing for his wireless in-ear transmitter of which the batteries had died. The singer ran off the stage in between songs, full of adrenaline and in a bit of a panic as they had already lost much time.

Unbeknownst to him, our crew had already started loading the SOIA gear into the backstage area and he didn't immediately find his gear. A misunderstanding and a quarrel started where the singer of NFAA roughly pushed the crew member of SOIA aside. He should not have done that and both he and we fully realize that. The discussion continued shortly with some pushing and pulling. The festival crew quickly separated both parties and the singer ran back onto the stage to continue his set. The crew member of SOIA was visibly upset and we tried to console her. At no point however, and this is confirmed by several crew members, did the singer of NFAA throw any punches towards the crew member of SOIA.

In the meantime, the SOIA band members and the rest of their crew came running into the backstage area. At this moment, security was in the backstage area to ensure that no one could get on stage. We have given NFAA the opportunity to finish their set and informed them afterwards that the SOIA crew member was very upset. The singer of NFAA said it was all due to a big misunderstanding and he wanted to talk to the crew member to apologize.

Sick of It All

We don’t want to answer because we wanted this to be done. But the only thing that statement said that was right and that we were wrong about was using the word “hit” Yes he didn’t “hit” her but they also played down the violent way he attacked our crew member. He attacked a female crew member. So anything that happened after that moment is on Ingemar. He is the cause of this whole thing. He not the victim. Why did they cancel their tour, maybe because he caused the whole thing! We are done with this we are on tour we have done nothing wrong. He is not a victim. He caused all of this.