The Low Budgets to reunite after seven years for one show only in Philly on October 14, 2022!!! 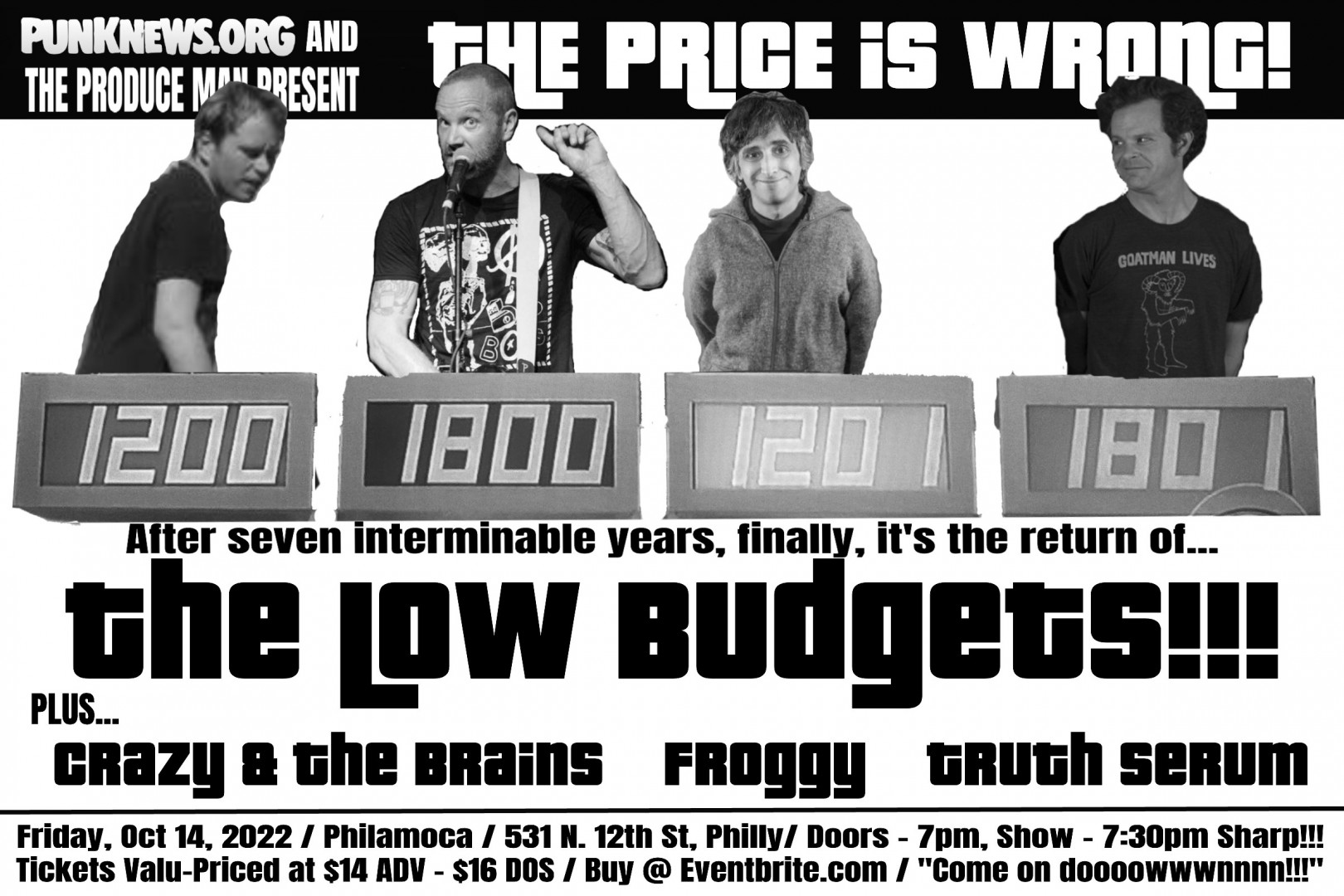 Basement show champions, The Low Budgets, the band featuring Chris Peelout and Joe Jack Talcum and Dandrew of The Dead Milkmen, are re-uniting for their first show in seven years… and it's a one-night only event!!! Who knows when (if) they will ever play again?! The band has been planning this special show for a while, have a special set planned, and are gearing up to bring back the RAW POWER of 00s basement shows!!! This show will be a RIPPER!!! The whole thing goes down on October 14, 2022 at Philamoca in Philadelphia!

PLUS, the bayonne bad boys Crazy and the Brains will be main support and they are coming to rip it up! The band has some new jams and new tricks to deliver! PLUS, Doylestown punk rock destroyers Froggy are coming to rock out and play tracks off their brand new album Harmburger! PLUS, Truth Serum, the band featuring Audrey Crash of Pushin It 2 the Limit and tootie of Green Meteor will be playing their first ever venue gig!

PLUS! Between sets, the audience will be playing THE PRICE IS WRONG, the game where contestants try to guess the value of punk rock items in order to win fabulous prizes!!!

PLUS! The Low Budgets will be releasing a limited edition cassette tape with exclusive tracks that will ONLY be available at the show and nowhere else!!!

PLUS! Froggy will be releasing their own exclusive tape only available at the show!

PLUS! There will be even more surprises at the show!!! What a jammer!!!

Advanced tickets are Valu-priced at only $14! What a deal! And, this gig is all ages! Doors are at 7pm and the Show starts at 7:30pm sharp! This show is NOT on punk time!!!