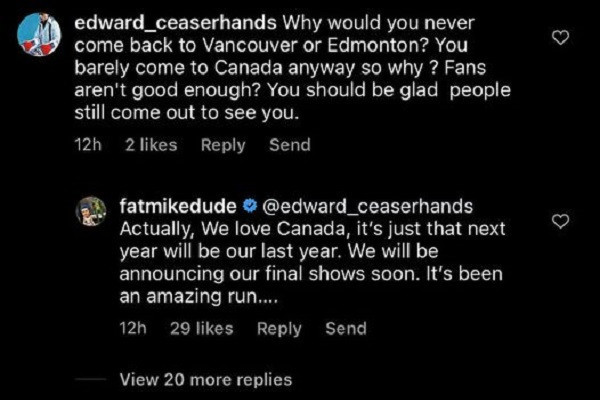 Via an Anonymous Source, Posted by John Gentile 13 weeks ago

Earlier this week, Fat Mike of NOFX posted an apparently inconsequential post on Instagram about getting a shave. In the comments section, a commenter asked Mike: "Why would you never come back to Vancouver or Edmonton? You barely come to Canada anyway so why ? Fans aren't good enough? You should be glad people still come out to see you."

Mike then replied: "Actually, We love Canada, it’s just that next year will be our last year. We will be announcing our final shows soon. It’s been an amazing run…."

Later, another commenter asked: "Will Los Angeles be one of those shows next year?" Mike replied: "Los Angeles will be the last place we play. It’s where we started, it’s where we’ll end."

Following these statements, we reached out to a credible source. the source confirmed that Nofx is planning to end and an official statement will likely be released in the next few weeks.

The Low Budgets to reunite after seven years for one show only in Philly on October 14, 2022!!!

Sloppy Seconds to tour in Fall