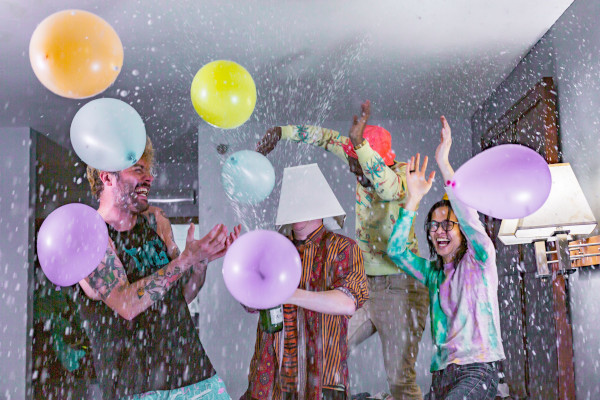 Today we are thrilled to bring you the premiere of the new video from Atlanta based party-punkers Baby Baby! The video is for their new song "'90s Stuff" and was directed by the band. Speaking to Punknews vocalist and guitarist Fontez Brooks said of the song,

""There was a time when the world was both beautiful and awkward. When Y2K meant the end of times. We just wanted to celebrate that moment in history. With this song we just wanted to party like it's 1999."

"90s Stuff" is off their upcoming album U Good? due out September 16 (tomorrow!). Watch the video below!