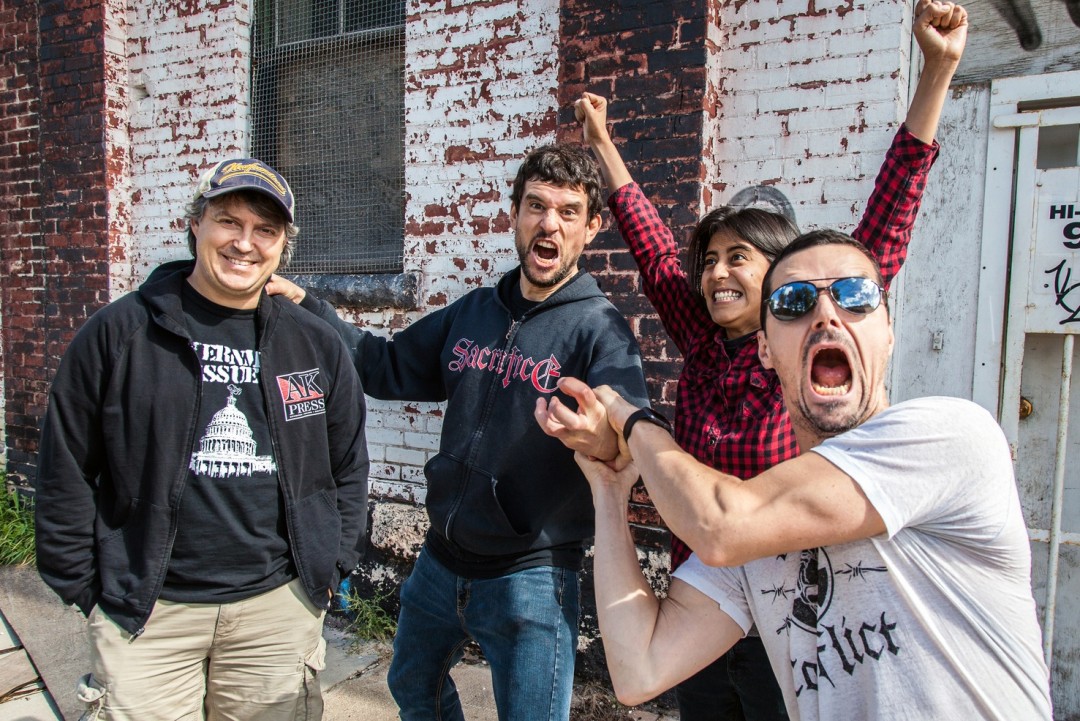 Contributed by desertburst92, Posted by Em Moore Tours 11 weeks ago

Propagandhi have announced a handful of rescheduled West Coast US shows. The shows will now take place in October and all previously purchased tickets will remain valid at the new dates. Their shows in Seattle, Portland, and San Francisco have been cancelled and refunds are available at point of purchase. Propagandhi released Victory Lap in 2017. Check out the new dates below.