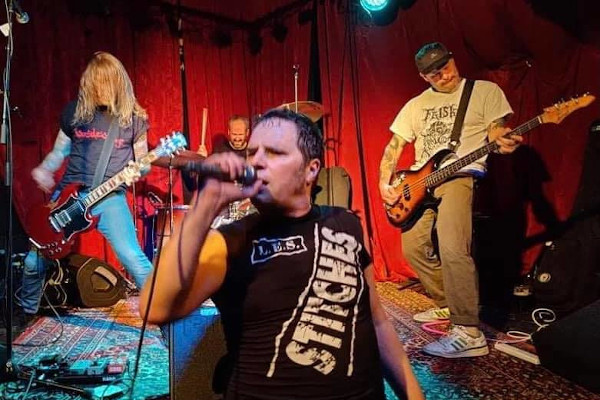 Scene Killers, the band made up of members of The Hip Priests, TV Crime, Blatz, and The Criminals, have announced that they will be releasing a new album. It is called Beat Beat Beat and will be out October 14 via Brassneck Records and Lavasocks Records. The album was mastered by Jonah Falco of Fucked Up. The band have also released a new song called "Gimme Gimme". Scene Killers released Rev It Up in 2020. Check out the song and tracklist below.