Listen to the new cover by Covert Stations! 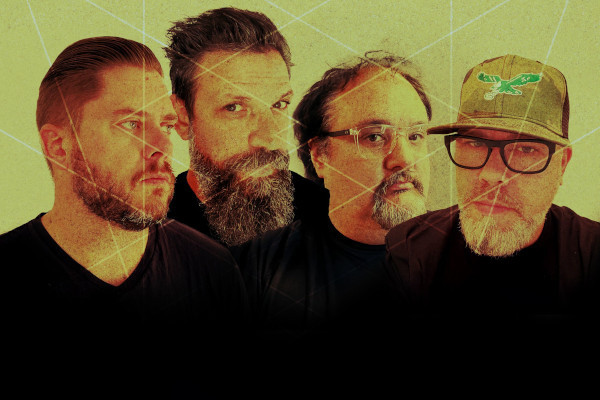 by Em Moore Streams 5 weeks ago

Today we are thrilled to bring you the premiere of the new song by Covert Stations! Covert Stations is a collaborative project that was started by Craig Cirinelli of The Atlantic Union Project that covers "classic songs from the 80s done with a 90s vibe". Each cover features a different lineup. Today we have for you their cover of R.E.M's "The One I Love". The band take a heavier approach to the song that transforms it into a completely new beast while also remaining true to the original. Along with Craig, Adam Staszewski of Desoto Jones/Kiska, Chris Badami of I Can Make a Mess, and Rob Avery formerly of Boysetsfire and currently of Son & Heir play on this track. Speaking to Punknews, Craig (who covered R.E.M.'s "Losing My Religion" with Brain Southall in 2011 for a benefit comp) said of the cover,

R.E.M. has resonated with me for a long, long time. When my brain turned it’s attention towards alternative rock, they were already there with such an impressive early catalog and mystery that felt unfamiliar, yet instantly alluring. There’s just something about R.E.M’s purity, aligned with an era of discovery both in music and pop-culture in which they carved their own path through.

Rob Avery also said of his connection to R.E.M,

"I can remember, clear as day, being at my "cooler older" cousin's house as an impressionable 11 year old, scanning his walls looking at all of his band posters, and landing on R.E.M. Weird name, right? I asked him who that was, and he told me their new record, Green had just come out. I had never heard anything like it, my ears were accustomed to Motley Crue or the Beastie Boys. My mind was blown away by what I heard. Tonally, it sounded so different and Stipes voice had genuine emotion that I wasn't used to hearing. I was hooked. To be asked to help out on this song and offer a new take on one of their classic tracks was an honor, keeping true to the song while offering up a lower tuning and a slightly heavier approach was super fun."

"The One I Love" will be available everywhere tomorrow, October 21. Listen to the song below!