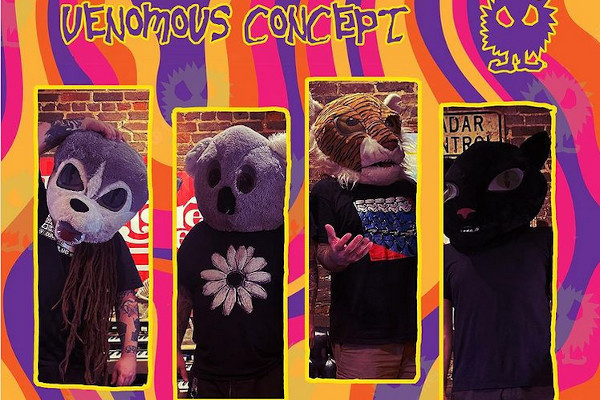 Venomous Concept, the band made up of Kevin Sharp of Brutal Truth, Carl Strokes formerly of Cancer, and Shane Embury and John Cooke of Napalm Death, have announced that they will be releasing a new album. It is called The Good Ship Lollipop and will be out February 24 via Decibel Records. Their first single from the album, "Voices" has also been released. Venomous Concept released their album Politics Versus the Erection in 2020 and their EP of covers Deep Thinking in Deep Times in 2021. Check out the song and tracklist below.