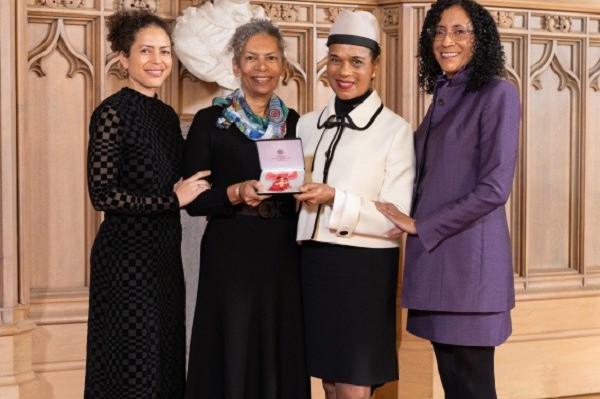 Last week, Pauline Black of The Selecter received the OBE. "The Most Excellent Order of the British Empire" is a British order of chivalry, rewarding contributions to the arts and sciences, work with charitable and welfare organisations, and public service outside the civil service. The band issued a statement: "Pauline Black, lead vocalist with 2-tone band The Selecter, actress, broadcaster & author, received her OBE for services to entertainment from King Charles III, who was hosting his first Investiture since his Accession, at Windsor Castle today." Meanwhile, Black also issued her own statement a few days later: ""I just wanted to say a personal thank you to all those people who wished me well on my journey, over the past couple of days, none more so than my lovely friend in music, for more than 40 years, Rhoda Dakar, my sister Yvonne Adenle and my beautiful niece, Rhoda Adenle, who accompanied me to Windsor Castle on Wednesday 16th November 2022. #WOC #representing"