Architects are a British metalcore band from Brighton, East Sussex. The band currently consists of vocalist Sam Carter, drummer Dan Searle, bassist Alex Dean and guitarists Adam Christianson and Josh Middleton. The band\'s first name was Inharmonic, which was swiftly changed to Counting the Days, and finally to Architects after a couple of years. They have released seven studio albums and one split EP with Dead Swans to date.

They released their debut album Nightmares in 2006 through In at the Deep End records. After the departure of their original vocalist, Matt Johnson, Sam Carter joined the band and made his first appearance on Architects' second album Ruin released in 2007 through United by Fate records. In 2009 the band released Hollow Crown through Century Media records. They then released their fourth album The Here And Now in 2011, which showed the band taking a step in a more melodic clean-cut post-hardcore direction. Upon its release the album was well received by critics, but was panned by their fanbase. The next year Architects returned to their original style with their fifth album Daybreaker, which featured more politicized lyrics as opposed to the violent and comedic lyrics prominent throughout their older work. Their sixth album Lost Forever // Lost Together was released in 2014 through Epitaph Records. Their seventh album All Our Gods Have Abandoned Us was released on 27 May 2016, also through Epitaph.

All members of the band are vegan, having turned to veganism after watching several documentaries on the subject. The band is also a promoter of the Sea Shepherd Conservation Society, with Carter being one of its British ambassadors.

On 20 August 2016, lead guitarist, primary songwriter, keyboardist and founding member Tom Searle died after a three-year battle with skin cancer (melanoma). The band continued touring in tribute to Searle. Architects have since released a single entitled "Doomsday", which was a leftover track from their previous album production sessions on which Searle had begun work before his death, but was ultimately completed by his bandmates posthumously. A day after the single was released, the band announced that Sylosis guitarist Josh Middleton had become a full-time member of the band, having filled in for Searle in Architects' live shows since his death. 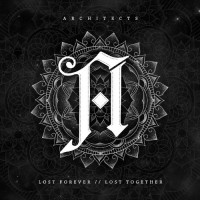