Ariel Marcus Rosenberg (born June 24, 1978), better known by his stage name Ariel Pink, is an American singer-songwriter, multi-instrumentalist and record producer based in Los Angeles, California. He is known for his musical eclecticism, influenced by 1980s cassette culture.

Ariel Pink was born on June 24, 1978, the son of Mario Z. Rosenberg and Linda Rosenberg-Kennett. His father, a gastroenterologist, is a native of Mexico City and his family is Jewish.

Rosenberg was raised in the Beverlywood area of Los Angeles, in his youth, he showed much skill as a visual artist attending Beverly Hills High School and later entering the California Institute of the Arts for his visual art. He later switched his efforts towards recorded music, rather than his visual work for, in his own words, "all the wrong reasons."

Working at a record store, Rosenberg carried an immense knowledge of the pop canon, listening and absorbing everything from Michael Jackson and 80's radio pop to obscure experimental artists such as R. Stevie Moore, Throbbing Gristle, Can and death metal - all of which gets incorporates into his work. Though he has cited The Cure - particularly their early albums - as his favorite band of all time. He started writing songs at "around age 10" and has since recorded over 500 songs in various shapes and forms on hundreds of cassette tapes, the majority of which has never been released.

Pink produces and plays almost all of his own music, and, in his early days, is noted for creating drum sounds and effects using his mouth, creating an unmistakably and highly original sound. This recording technique gave his music a very lo-fi sound, which was heavily criticized upon initial release, yet has since gone on to inspire innumerable imitators and other artists, oddly making Rosenberg a pioneer of a large array of modern genres. He was one of the first artists to subvert the idea that songwriting is more important than production, being a pioneer of making the recording medium and sound texture a large part of the artwork itself. Despite having an initially extremely slow rise since the mid-to-late nineties, Ariel Pink's music persona and approach to self-recorded music have been hugely influential on contemporary music culture as a whole. 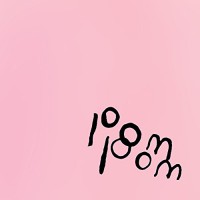