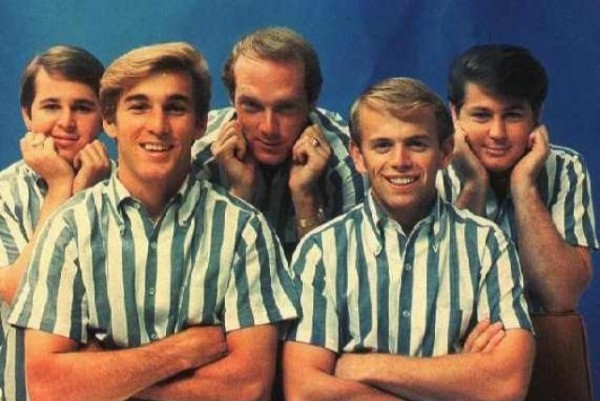 The Beach Boys are an American rock band, formed in 1961 in Hawthorne, California. The group was initially composed of brothers Brian, Dennis and Carl Wilson, their cousin Mike Love, and friend Al Jardine. They were managed early on by the Wilsons' father Murry. The band's leader, composer, arranger and producer Brian Wilson was responsible for writing most of the bands early singles and albums. After signing with Capitol Records in mid–1962, Wilson wrote or co–wrote more than two dozen Top 40 hits including "Surfin' Safari", "Surfin' USA", "Surfer Girl", "Little Deuce Coupe", "Be True to Your School", "In My Room", "Fun, Fun, Fun", "I Get Around", "Dance Dance Dance", "Help Me Rhonda" and "California Girls". These songs and their accompanying albums were internationally popular, making The Beach Boys one of the biggest acts of their time. The band's early music gained popularity across the United States for its close vocal harmonies and lyrics reflecting a Southern California youth culture of surfing, cars, and romance. By the mid–1960s, Brian's growing creative ambition and songwriting ability would dominate the group's musical direction. The primarily Brian–composed Pet Sounds album and "Good Vibrations" single (both released in 1966) featured a complex, intricate and multi–layered sound.

However, Brian would soon lose control of the band because of problems with his mental health and substance abuse. This led to the cancellation of the anticipated follow up to Pet Sounds, Smile (the album sessions were eventually released in 2011). Subsequently, although they released a number of highly artistic albums (in various musical styles, with different line–ups) in ensuing years, particularly in the years 1967—1973, the group never managed to reclaim its mid–1960s peak when The Beach Boys challenged The Beatles both in terms of commercial and critical appeal. Since the 1980s, there has been much legal–wrangling among the group members over royalties, songwriting credits, and use of the band's name. Following the release of studio album Stars and Stripes Vol. 1 in 1996, a number of versions of the band, each fronted by a surviving member of the original quintet (Dennis and Carl Wilson died in 1983 and 1998, respectively), continued to tour until the announcement in late 2011 of a full–scale reunion–including Brian–for 2012.

The Beach Boys have often been called "America's Band", and Allmusic has stated that "the band's unerring ability... made them America's first, best rock band." The group has had 36 US Top 40 hits (the most by an American rock band) and 56 Hot 100 hits, including four number–one singles. Rolling Stone magazine listed The Beach Boys at number 12 on their 2004 list of the "100 Greatest Artists of All Time," the highest ranking for an American rock band. The group is also one of America's best–selling acts, having sold over 100 million albums worldwide since their debut in 1961.[citation needed] Brian Wilson, Carl Wilson, Dennis Wilson, Mike Love, and Al Jardine were inducted into the Rock and Roll Hall of Fame in 1988.