Given that their new album opens with a guitar riff that could melt lead—a theme, incidentally, that extends throughout Another Sound Is Dying—you'd be forgiven for wondering what connects Brookyln's Dub Trio to the nearly 40-year-old Jamaican style that makes up half their name. The answer, you'll find, comes just minutes later, as the riffs, riddims and raw power at the core of Dub Trio's sound get chopped apart, bounced across speaker channels and charged with subsonic frequencies. This is dub as mixing-board art form, not as literal genre exercise, and it's absolutely fugging massive.

Recorded in a week at New Hampshire's Studio Metronome, and reconfigured in an additional week at Studio G in Brooklyn, Another Sound Is Dying finds Dub Trio—drummer Joe Tomino, bassist Stu Brooks and guitarist D.P. Holmes—again working with producer/engineer/honorary fourth member Joel Hamilton on tunes that simultaneously embrace metal, hip-hop, punk and reggae while pushing all of the above into dazzlingly unfamiliar areas. From the dramatic, shoegaze-style post-metal of “Respite” and the straightforward roots-reggae nods in “Mortar Dub,” to the contrapuntal, lid-peeling violence of the closing track, “Funishment,” the album showcases Dub Trio's chops and vocabulary (all three members are also seasoned session players) as much as it finds them swinging, grooving and pummeling with wrecking-ball force.

While again a mostly instrumental set, Another Sound Is Dying features a return vocal cameo (in the politically charged, thrash-influenced “No Flag”) from Ipecac co-owner/art-rock jack-of-all-trades Mike Patton. The musicians' first collaboration, “Not Alone,” appeared on Dub Trio's 2006 album, New Heavy, as well as the eponymous debut that same year from Patton's Peeping Tom project; and when he took Peeping Tom on the road, Brooks, Tomino and Holmes became the only constant members in Patton's backing band. “We just click with him,” Tomino says. “Since this was our first record on Ipecac, we figured it'd be fitting to collaborate again, so we sent him a few tracks to choose from—a few obvious ones and some not-so-obvious ones—and he picked one of the not-so-obvious ones, which made it that much cooler to hear when we got it back with vocals.”

The 13 additional tracks on Another Sound Is Dying prove that, ripping though the Patton collaboration is, Dub Trio have never needed a vocal mic to get their point across. Though a mere hint of what the group would become, their 2004 debut album for ROIR, Exploring the Dangers of, testified to Dub Trio's jaw-dropping live skills: the album was literally recorded as a live-dub experiment. But with New Heavy, the trio of multi-instrumentalists (besides operating some serious effects rigs, the members double on keyboards and melodica) made good on their album's title, creating a metallic K.O. grounded in serious low-end theory. That year's Peeping Tom tour, in which they shared stages with the likes of Gnarls Barkley and The Who while opening for and being part of the headlining act, proved that Dub Trio's sound crossed genre and audience barriers as much as it bridged them.

A live album for ROIR, Cool Out And Coexist, kicked off 2007; and between session work—the members have recorded with 50 Cent, Mos Def, Common, the Fugees, Tupac and Matisyahu among others—and tours with artists as far-flung (but somehow fitting) as Gogol Bordello, Clutch and Helmet, Dub Trio teamed with Ipecac to unleash Another Sound Is Dying. As much as the album continues the louder, heavier progression of New Heavy, it also finds Dub Trio melding their preferred styles into a sound that's at once bigger and more cohesive than ever. “Our first two studio records were pretty much in-your-face in terms of production,” says Tomino. “With this one, there's a lot more breathing room, a lot more space than before.” At the same time, adds Holmes, “It's got these elements of metal, because that's a sound we all love, but we never set out to make this a genre-specific record. The dub technique is the underlying foundation to it—it's all been composed and produced and arranged with that sort of aesthetic.”

Reggae aficionados may also note that the new album's title is a line from Tenor Saw's 1985 cut “Ring the Alarm,” perhaps the most famous dancehall song ever recorded, and certainly the most widely heard boast ever from a sound system that was too dangerous to stay obscure for much longer. As Brooks puts it, that's a sentiment that echoes through Dub Trio's m.o., as well. “If you really think about the idea in that song, where you're creating this thing that's out there just destroying speakers, it's actually pretty dark and aggressive. We loved that idea, because this is the dar 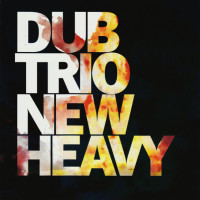