Photo: Connor Feimster
It's a rare singer/songwriter that can credibly display dual sides of his musical personalityâ€“one who can quite thoroughly and convincingly operate in opposite realms of popular music. With Please Come Home, Dustin Kensrue joins those elite musical ranks.

If, at the moment, he is known primarily as the voice of Thriceâ€“a respected, conscious underground sensation, lauded for its virtuosity, power and creativityâ€“Please Come Home stands to change all that. Indeed, with this batch of soulâ€“searching acoustic songs, which range from the dark, philosophical and introspective to the tender, Kensrue is more likely to snare listeners more in tune with the work of Bruce Springsteen, Elvis Costello and Ryan Adams. Combining classic folk with earthy blues, melodic country and deep soul, Kensrue creates a unique aural landscape complementing his music versatility.

Built atop slabs of wisdom and hope, the songs avoid tilting towards the vacuous lighter fare of some singer/songwriters but stops short of the selfâ€“indulgent depression of others. It fights to shine lights into the abyss and delves into the dark places with one hand firmly holding onto faith, hope and love. At times stripped bare or awash in organ swirls or harmonica blasts, the disc's eight songs are inhabited by sinners and saviors in tracks like Blood and Wine and Consider the Ravens. We find men who are morally confused and utterly lost in the title track Please Come Home, and in Pistol, hardâ€“headed women whose love is like a rudder.

"A lot of the material is a little more down to earth, which is one of things that I tried to do with these songs," says Kensrue. "I get a little heady with the Thrice songs. And I like doing thatâ€“I think people like engaging in thatâ€“but I wanted these to be more folky, in the sense that this is music coming from a natural place."

Born, raised and still residing in the famously superficial Orange County, California, Kensrue is an anomaly in the region's musical scene, railing against the media and the masses for destroying women's self worth in I Knew You Before. As a teenager who carried his acoustic guitar with him everywhere, his music in both spirit and substance owed more to East Coast music. And certainly Please Come Home is no different. Chocked full of the warmth and introspection of records by the likes of such praised singer/songwriters as Grant Lee Phillips or early, stark David Gray, its songs are thoughtful and hardly light.

In slowâ€“burning ballads or fastâ€“moving strummers, he splays himself open, unafraid to leave himself emotionally naked in songs like the brave and honest I Believe, which deals with coming to grips with faith.

In a sense, the songs filling Please Come Home took root when Kensrue, before his days in Thrice, busked on streets corners in Southern California, playing for change and for the thrill of the interaction with an audience, no matter how small.

Recently he embarked on a pair of brief solo acoustic tours in the Northeast and Southwest (including soldâ€“out engagements in New York, L.A., Philadelphia, San Diego and Orange County). The set was a mixture of new songs and covers, including a haunting rendition of the Counting Crows' "Round Here," and a daring acoustic stab at Imogen Heap's dark synthetic "Hide and Seek."

When asked about the origins of this record, the singer says Please Come Home eventually took shape when he found himself writing songs that didn't necessarily fit within the Thrice context. On their latest U.S. tour, he and guitarist Teppei Teranishi committed to bringing these ideas to life once off the road. Coâ€“producing the disc, they hunkered down in the studio with friend and guitar tech Chris Jones, who played drums, slide and electric guitar on Please Come Home. Teranishi handled the organ and piano duties, while Kensrue played all the acoustic guitars and bass on the disc, whose songs were written to be blueprints: They're structured, says the singer, so that they can be changed live, or effortlessly played with just an acoustic guitar.

"I wanted these songs at their core to work in that streetâ€“corner senseâ€“just a guy with his guitar a voice and a story to tell. In the end, even with the other instruments, it is still an acoustic guitar based record," he says. "It's the foundation of each track, both musically and sonically, which I think is cool. On a lot of records, the acoustic gets E.Q.'d really thin and becomes a glorified percussion instrument, but we tried to keep it pretty full and upfront."

"With only eight songs, it's a little bit of an oldâ€“school record," says Kensrue. "But it's like the old LPs I loveâ€“a lot of them only had like eight, maybe nine songs. I like shorter records, I feel like you really get a sense of the whole feeling of the record, and you can kind of grasp it all in one gulp. Advances in technology have allowed for a longer recording, and as a result, people like to try and fill that space. And I don't think it's always necessary. Music shouldn't be about quantity. I'm excited about it being shorter. It feels very complete to me."

Hailing from a small, landlocked city in the middle of Orange County, Kensrue was raised by a father with a beefy record collection, and a mother who sent young Dustin to piano lessons, though all he really wanted to play was guitar. If he loved The Beatles and Michael Jackson as a preâ€“teen, punk changed his course as a teenager.

"With Thrice, it's always an attempt to combine a lot of different feels and explore a lot of new territoryâ€“not that it's not about writing good songs, but Please Come Home at its core is finding the heart of the song and playing it. It's definitely more down to earth and less complex in certain waysâ€¦I've started simplifying things and getting a little more subtle or elegant."

"As an artist, I always want to be as real and honest as I can be in the songs," he continues. "I feel like where powerful songs come fromâ€“tapping something that's inside of you, that actually means something to you, and getting that into the songâ€“I think you can hear when a song is not from that place. I try to be an artist who aspires to find hope even in dark places: If I'm down, I don't want to bring people down to that place with me. I'm looking for a way out." 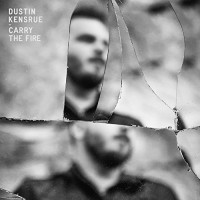 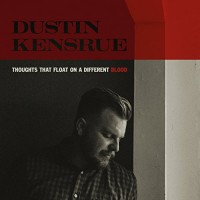 Thoughts That Float On A Different Blood