Earth Crisis is a hardcore punk / metalcore band from Syracuse, New York, that recorded and performed from 1991 until they broke up in 2001. They have reunited and been active again since 2007.

Earth Crisis is known for supporting animal rights (including organizations such as the Animal Liberation Front) and promoting a straight edge, vegan lifestyle.

Lyrics are replete with strong statements, many concerning animal abuse and political issues. The title song from their second 7", entitled Firestorm, with lyrics depicting a neighborhood submerged in drug addiction and crime, became an anthem for followers of the straight edge ideology.

The first two 7", All Out War (1992) and Firestorm (1993), made the band popular in some hardcore punk and metalcore circles. The next two full–length records, Destroy the Machines (1995) and Gomorrah's Season Ends (1996), brought a more complex and developed form of metalcore. The band's growing popularity was noticed by Roadrunner Records; a new record deal pushed the band to record Breed the Killers (1998), featuring a guest appearance by Machine Head's vocalist and guitarist, Robb Flynn. The band then left the label and returned to Victory Records, releasing 2000's Slither soon after. With clear and professional production, it surprised some listeners and introduced the band's music to a wider audience. The band's final album, Last of the Sane (2001), is Earth Crisis' tribute to those bands which influenced them. Covers of songs by The Rolling Stones, Slayer, Led Zeppelin, and Dead Kennedys were included. This was found amusing by some because bands such as Led Zeppelin and The Rolling Stones embody much of what Earth Crisis were against.

In 2001, Earth Crisis played their final show at Hellfest in Syracuse, New York After breaking up, frontman Karl Buechner, along with Bulldog and Erick Edwards, started the band Freya, previously known as Nemesis. Karl Buechner, Erick Edwards, Bulldog, Scott Crouse and Dennis Merrick were also in the band Path of Resistance, which was formed during down time from touring in 1997. The band also consisted of D.J. Rose and Jonathan Dennison.

In 2007, the band reunited. On January 27, 2007, Earth Crisis played the Maryland Metal and Hardcore Festival, and played a west coast reunion show on May 5th, at the Ventura Theatre. A 10 day tour of Europe was announced shortly after the Ventura show. Earth Crisis headlined the Firestorm Fest from 2/29/08 to 3/23/08 supported by Terror, Sworn Enemy, Shai Hulud, Down To Nothing and Recon. On the 15th of February, MTV.com quoted vocalist Karl Buechner as having said that Earth Crisis is writing new material. "The best way to describe it is it's a mixture between Destroy the Machines and Breed the Killers". The new album is expected to be released early in 2009. 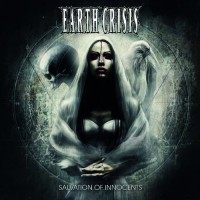 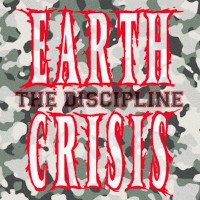