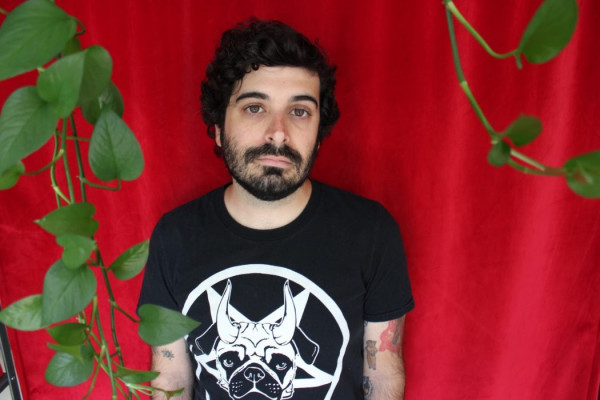 Most solo projects seem to fall into one of two categories. First, there are those that resemble a simpler, stripped down version of the artist’s primary band—think John K. Samson, whose solo albums could be mistaken for Weakerthans records despite lacking the tell-tale guitar leads. Conversely, there are those projects that allow the artist to express a separate side of their musical identity than they can with their primary band—like Stephen Brodsky, who’s quirky solo songs contain mere shades of Cave In and Mutoid Man.

Graduation Speech, the solo endeavor of Kevin Day (who leads pop-punk grumblers Aspiga), some how fits both categories. On the project’s debut EP Quiet & Calm, Day takes his band’s songwriting approach and extends it in a moodier, more tender direction.

Certainly, Day’s unmistakeable voice—sweet, dazed, lovesick—make it easier to hear Apsiga in Graduation Speech. Combine this with the churning chords on “Aching,” the dizzy progression on “Distractions,” the gentle momentum behind “Mending,” and Day’s songs become characteristically his; drown these songs in distortion, add a ringing baseline and punchy drums, and they become Aspiga songs.

Other tracks on Quiet & Calm, though, feel more like a departure—or at least an extension. A song like “Daydreams,” for example, feels darker, colder, but more sentimental. Day’s lyrics paint an intimate portrait of a day spent indoors with one’s love, albeit leaden with dreary imagery: “Will you dance with me on the kitchen floor? My daydreams are spilling out of my tiny skull,” he sings, allowing his acoustic chords to chime behind him. On “Chances,” with its tumbling beat, continues this romantic theme; as Day’s chords chop through the song, he recounts meeting someone special, singing “We took our chances, / Got personal as strangers.”

In fact, Quiet & Calm is full of hopeful songs—as honest as any that Day has recorded with his primary band, but with a shinier silver lining, perhaps, and a sweeter delivery. More importantly, though, Graduation Speech manages to do what most solo projects cannot—that is, appeal to Aspiga’s fans while letting Day explore a more sentimental side of his songwriting. 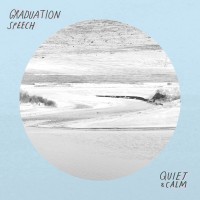 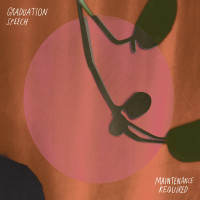