Photo: Amy Ha
Jesus Piece is an American metalcore band from Philadelphia, Pennsylvania, formed in 2015. They are known for their chaotic live shows and signed to Southern Lord Records in 2018 with the release of their debut Only Self. They have since toured with acts such as Code Orange, Knocked Loose, and Ghostemane.

The band formed in 2015 with the current line up consisting of Aaron Heard on vocals, along with guitarists David Updike and John DiStefano, bassist Anthony Marinaro and drummer Luis Aponte.

In 2017, they did a split EP with Malice at the Palace which was released through Bridge Nine Records.

In 2018, the band signed to Southern Lord Records and released their full-length debut Only Self on August 24 of that year. Only Self received positive reviews from critics being noted for its punishing and heavy sound. 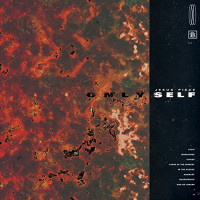