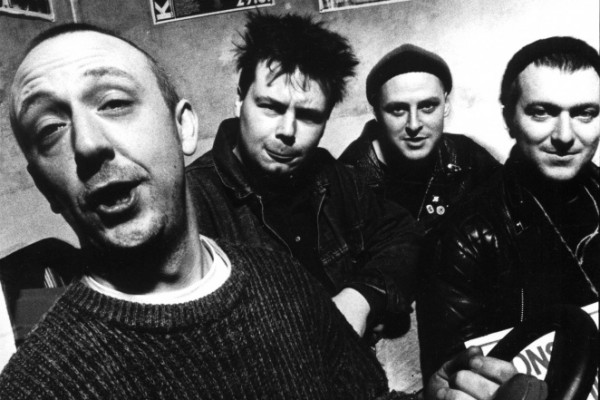 Taking their name from the cult classic horror film, 90s underground punk icons, Leatherface, were stalwarts of the UK scene, arriving at a time many thought that brand of brash songwriting had had its day. Re-writing the rule book when it came to punk requisites; passion; angst and power combined with undeniable songwriting and technical prowess. Led by the impassioned and emotive wordsmith Frankie Stubbs, it made them one of the most exhilarating bands of their time.

Following on from 1989â€™s â€˜Cherry Knowleâ€™, 1990 saw the band sign to Fire and release the fierce and defining, 'Fill Your Bootsâ€™. With Stubbs and Hammond beginning to collaborate more on songwriting, it also introduced new bassist Rob Turnball. (Breaking in a new bass player every album would quickly become a trend for the band.) From this album â€˜Razor Blades And Aspirinâ€™ and â€˜Peasant in Paradiseâ€™ would remain in their repertoire for over twenty years. With â€˜Fill Your Bootsâ€™ proving a success, later that year they would go on to produce the Smokey Joe EP. However it was 1991â€™s follow-up â€˜Mushâ€™ thatâ€™s continually been regarded as an absolute punk classic. Teaming up with engineer Paul Tipler (who also worked on Stereolab and Chapterhouse), â€˜Mushâ€™ was recorded in Greenhouse Studios in North London (owned by Pat Collier of The Vibrators). Following praise from the music press, they soon found themselves doing John Peel and Mark Radcliffe sessions.

Gaining attention throughout the UK and with popularity in the US on the horizon with â€˜Mushâ€™, â€˜Minxâ€™ was released in 1993. Arriving at the peak of their powers it would also be on the brink of their first hiatus. Channelling Stubbsâ€™ love for Joy Division, the new album had a more emotional direction, in contrast to the groupâ€™s earlier recordings. Recorded in Stubbsâ€™ home studio, â€˜Minxâ€™ came with the addition of their much loved fourth bassist, former Snuff band member Andy Crichton. The album has since been considered a lost classic by the bandâ€™s rabid followers.

All re-mastered and all in one place, this collection includes extensive liner notes featuring interviews over multiple decades with Frankie, as scribed by The Big Takeoverâ€™s Jack Rabid, leaving no stone unturned. â€˜Razor Blades And Aspirin: 1990-1993â€™ bonus tracks includes covers â€˜Can't Help Falling In Loveâ€™ and â€˜Message In A Bottleâ€™ along with songs from EPs released in the same period - â€˜Do The Right Thingâ€™(1993), â€˜Smokey Joeâ€™ (1990) and â€˜Compact and Bijouâ€™ (1992) EPs.

The Fire Archive reissues important records from the past, prepared with loving care for existing fans and new audiences. Each release receives special attention to audio and packaging as we strive to provide the definitive version for decades to come.

Boat in the Smoke DVD 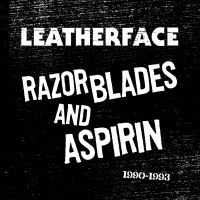