Confidence Man is an intimate collection of folk–tinged acoustic songs that strip Pryorâs skillful songwriting down to its bare, emotive minimum. The storylines are less autobiographical and more observant, with a sophisticated twist (especially on the title track and âLoralaiâ).

âIâve always wanted to do something that was quieter and acoustic and could be played by one person,â says Pryor. âI just want to have my little folk moment.â 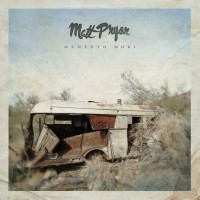