Naked Raygun was founded in Chicago, in 1980, by Marco Pezzati, Jeff Pezzati and Santiago Durango. During their elevenâ€“year career, they released six albums that would change the sound of punk rock indefinitely.

Naked Raygun is widely recognized as being one of the most influential punk bands of the 80's. Their anthemic style incorporated politics in a uniquely accessible way, melding pop and hardcore into one cohesive sound, that would later be dubbed, "The Chicago Sound." In 1999, Quarterstick Records reissued the entire Naked Raygun catalog.

What Poor Gods We Do Make: Story and Music Behind Naked Raygun DVD 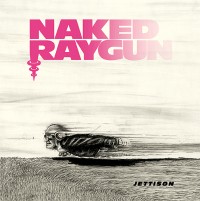