“Turn the lights off when I’m still in the room / I’m only bright next to you, out of sight.” — “Out Of Sight”

The opening couplet on Pianos Become The Teeth’s fifth full-length album Drift is as captivating as it is haunting, a statement which can also be said of the album as a whole. “For me, this record feels like one long night,” frontman Kyle Durfey explains. “Out Of Sight'' parallels that feeling musically via layered vocals, atmospheric instrumentation and percussion accents that sound like a crackling fire before the song carefully crescendos into a hypnotic blend of distorted bass and melodic guitar line that’s strangely satisfying and completely unexpected. But Pianos Become The Teeth have never been the type of act to follow conventions. The Baltimore, D.C., five-piece—which also features guitarists Mike York and Chad McDonald, bassist Zac Sewell and drummer David Haik—originally started out as a screamo band and gained an enthusiastic fanbase via 2009’s Old Pride and 2011’s The Lack Long After. However shortly afterward Durfey stopped screaming and the band transitioned into a post-rock act who expanded their sound on 2014’s Keep You and 2018’s Wait For Love. Drift is the culmination of the band’s penchant for redefining and transcending their sound and it does so in a way that stays true to their artistic and aesthetic vision.

Despite some sonic differences from the band’s early recordings, Drift is a return to form in the sense that it sees Pianos Become The Teeth reuniting with producer Kevin Bernsten (Integrity, PIg Destroyer) who recorded their first two albums over a decade ago. “Kevin knows where we come from and really knew what we were trying to do with this record—and he was down to get weird with us,”

Durfey says with a laugh, adding that this was the first album that came together in the studio and allowed the band to explore unorthodox ideas that might not be possible in the practice space. Despite Bernsten’s pedigree for working with aggressive acts, his history with Pianos Become The Teeth allowed him to help solidify the band’s musical ideas into a cohesive album that continually pushes the band toward the future without abandoning their past. “Kevin knows who we used to be and he knows who we are now and he was really down to experiment and try anything in the studio to see how it would work,” Durfey says. That environment of comfort and creativity is evident on Drift and at times it’s difficult to decipher where one song ends and the next one begins. This is by design; the album may feel like one long night but like the moon, it has overlapping phases.

The album's first single “Genevieve” is a perfect encapsulation of this sentiment. Although it’s less than five minutes long, the song feels like it goes through countless gradients as the tempo almost imperceptibly builds from a spacious ballad to an explosive anthem. Simultaneously the song sees Durfey questioning his self-worth via his poetic lyrics, which he prefers to keep ambiguous in order for the listeners to not have any preconceived notions about his imagery. From being just close enough to watch things slip away on “The Tricks” to likening himself to “flood damage in the dark” on the minimalist, Portishead-inspired ballad “Skiv,” Drift’s lyrics mirror the moody nature of the music, both of which sometimes need multiple listens to decipher. “I refer to a song like ‘Buckley’ as “heavy blue” because there are heavy parts in there but they are really deliberate,” Durfey says. Pianos Become The Teeth started out touring alongside peers like Touché Amoré and La Dispute—and although their sound has shifted over the years, the inherent aggression is still there on “Hate Chase” or lurking just under the surface of cinematic soundscapes such as “Mouth.” However maybe most impressive is the fact that the band’s virtuosic musicianship and collective ambition keeps any singular moment not only from sounding out of place, but making it hard to imagine the songs any other way.

“Everything for me on this record is so personal and so specific even if people have no idea what I’m talking about,” Durfey explains. “I know it’s asking for a lot but I just hope that people sit and listen to the record as a whole because to me this record is like one piece. It’s not individual songs, it’s a journey and then you come out of it.” The ebb and flow of these songs is conscious and like all great albums, listeners will inevitably find themselves getting stuck on certain moments on Drift that get lodged in their subconscious and keep bringing them back, whether it’s one of Haik’s unexpected drum fills or Sewell’s masterfully minimalist bass lines. Does the striking crimson color of the album art symbolize the colors right before the darkness or right after it and does it make a difference? Ultimately Drift is filled with as many questions as it answers but one thing is for certain, Pianos Become The Teeth are one of the few bands who have toured with everyone from The Menzingers to Coheed And Cambria while sonically referencing The National or Radiohead without any of it sounded forced or inauthentic. Drift a difficult album to reduce into soundbytes because its beauty lies in its spaciousness, so we invite you to turn it up and explore one of the most transfixing albums in recent memory. 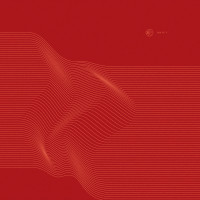 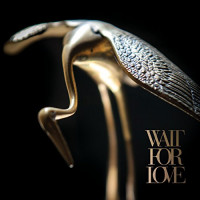 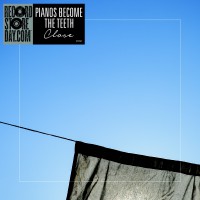 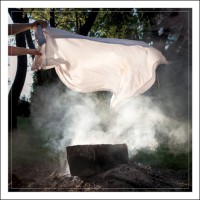 The Lack Long After