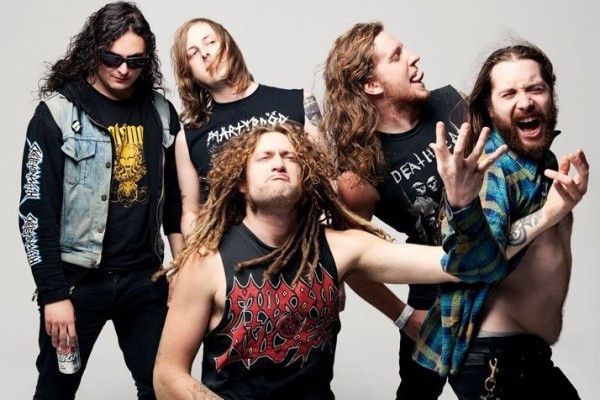 âBrainwreckâ, the debut CD from Bostonâs Ramming Speed, spends little time allowing the listener to come up for air. Smothered in aggression, this molten slab of metal draws from not only from American thrash bands of the past, but also tastefully pulls from the heaviness of crust punk and the blinding rage of grind. Pepper the mix with beer soaked rock n roll licks and you have the shape of underground metal to come.

Playing their first show in January of '07, Ramming Speed have since loaded into just over 250 basements, living rooms and piss stained bars around the US. While the bandâs first release, the âFull Speed Aheadâ 7â, touched on issues such as pizza parties and fake tan smell–good girls, the band returned home from heavy touring with a different mind set. Ramming Speed experienced in six weeks what many bands never come across in a life time. There was the inevitable van break down in the middle of the desert on one day, the band being filmed for LA reality tv show "Beach Patrol" the next, and two evenings later the whole gang was arrested at gun point out side San Francisco for suspected kidnapping (charges were later dropped). These experiences merely scratch the surface of a tour that also included riot cops and a Hells Angels 4th of July party. The quintet eventually arrived back in Boston road hardened and ready to write a pissed off, fast fucking record.

This time around the music and lyrics are far more aggressive and poignant. Topics covered include American xenophobia, terrorist paranoia, and the metal scene's aversion to politics. Musically, the metal begins to grind just as hard as it thrashes, taking nods from genre defining bands like Napalm Death and Terrorizer. Read close and you'll still find party thrash anthems about a zombie killing lawyer and Thorâs hammer, but this is by no means a flash in the pan revival band. This is the mixture of two decades worth of metal, punk, and hardcore mangled into thirteen short, fast, and loud songs. 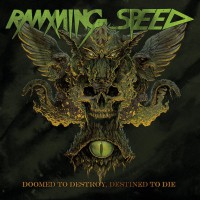 Doomed to Destroy, Destined to Die