Photo: Jonathan Weiner
Senses Fail is an American post-hardcore band from River Vale, New Jersey, Formed in 2002, the line up initially consisted of James "Buddy" Nielsen, Dan Trapp, Dave Miller, Garrett Zablocki and James Gill. Shortly after being signed to Drive Thru Records, James Gill was kicked out of the band due to irreconcilable differences. James Gill was replaced with Mike Glita. The only original member left in the band is vocalist Buddy Nielsen. Presently, the lineup now consists of James "Buddy" Nielsen and guitar players Zack Roach and Matt Smith. The band quickly issued their debut EP, From the Depths of Dreams and maintained a thriving Internet presence. Two years later their debut album, Let It Enfold You was released.

In 2005 guitarist Dave Miller left the band and was replaced by Heath Saraceno, and a year later their second full-length Still Searching was released in 2006. The album had an energetic sound, and the band participated in many tours in support of the album, including Warped Tour and Taste of Chaos. Bassist Mike Glita left the lineup one year later, Jason Black was accepted as a temporary replacement during the recording of Life Is Not a Waiting Room, which was released in 2008. Black was later accepted as a permanent member, although guitarist Heath Saraceno left the band after their appearance at the 2009 Warped Tour, being replaced by Zack Roach. Their album The Fire was released on October 25, 2010 in the UK and elsewhere on October 26, 2010. Their latest album Renacer was released on March 26, 2013. 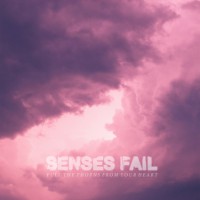 Pull The Thorns From Your Heart 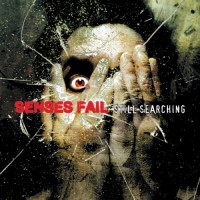 Let It Enfold You

From the Depths of Dreams

From the Depths of Dreams

Pull The Thorns From Your Heart