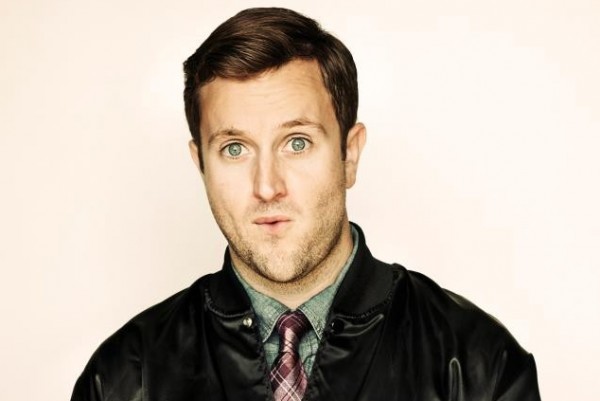 Restless and passionate but with an unflinching realism at his core, Sims has seen enough of life to know there are no easy answers. His second full–length release, Bad Time Zoo, out February 15th on Doomtree Records, reflects this rapperâs ongoing quest for solid understanding in a society on the brink of dystopia. For Sims, itâs been a long road. Andrew Sims grew up in the working–class Minneapolis suburb of Hopkins, Minnesota. His parents were both musicians with problems of their own, and Sims often had to look out for himself and his younger brother. âI was super short–fused,â he remembers. âI got in fights almost every day until I was about 13.â

He found solace in rap and R&B music, nurturing a love for mainstream hits as well as then–underground artists such as the Wu–Tang Clan. His parents didnât approve of his new love, however, so he built a secret stash of cassette mixtapes that he traded to kids at school. He soon found a gift for rhyme and begin channeling his aggression into feisty, kinetic wordplay.

His rap habit quickly grew from playground cyphers to recorded projects. In high school, he met a local producer and rapper named P.O.S. who would sell him beats for $30 a pop and let him record at his house for free. Eventually, their home–recording experiment blossomed into a full–on musical enterprise that would pull in other aspiring artists and help put Minneapolis hip–hop on the map.

Enter Doomtree. Hailing from the same untamed Minneapolis indie music scene that spawned both punk legends the Replacements and, 20 years later, hip–hop powerhouse Rhymesayers, Doomtree has become one of the most trusted and influential names in grassroots hip–hop.

Since its birth in 2002, Doomtree has grown from a CD–R–slinging, fast–food–fueled DIY collective into a tightly knit, business–savvy operation. In addition to Sims and P.O.S., Doomtreeâs roster includes some of the most daring artists working in hip–hop today: Lazerbeak, Dessa, Mike Mictlan, Paper Tiger, and Cecil Otter.

In a genre that all too often rewards imitation over innovation, Doomtreeâs artists strive for originality without sacrificing mass appeal. As a result, fans of Doomtree have come to expect uncommon hip–hop delivered in clever, club–rocking doses, and Bad Time Zoo will not disappoint.

Setting himself as spokesman for a generation fraught by vapid commercialism, political cynicism, and the paradoxical power of technology to both connect us and drive us apart, Sims seeks a path out of the disappointment that plagues modern life. The time of plenty, inbox full / So why do I feel so goddamn empty– he demands on opening track âFuture Shock.â

But while he casts himself as an alienated prophet, make no mistake: Simsâ message is of empowerment, hope, and badass beats. The results are epically infectious.

Over the pulse and sway of Lazerbeakâs urgent, expansive production, Sims raises 50–story verses and swings wrecking–ball choruses. With scenes straight from Darwinâs nightmares — people as animals gorging in the streets (âThe Veldtâ) — Bad Time Zoo is not so much a hip–hop album as a teeming, beat–driven urban wilderness.

On the horn–sample–driven first single, âBurn It Down,â Sims raps like a red–eyed city planner who just downed his eighth Red Bull and Adderall cocktail and is on the street corner calling for destruction before renewal. Or take the thumping, wickedly funny âOne Dimensional Man,â an indictment of complacent liberals: You did your part, you gave your hundred bucks to NPR / You joined a co–op now, bought the hybrid car. (For the record, Sims votes Democrat and drives a hybrid.)

But lest you think you need an advanced degree and a machete to enter Bad Time Zoo, Sims keeps his narratives grounded and real, and Lazerbeakâs musical compositions would sound just as good on a club PA as headphones. Just spin âLove My Girl,â a pop confection that juxtaposes dark observations on the dating life with a surprisingly sweet candy center.

A pop–culture omnivore, Sims cites influences that range from the sci–fi of Ray Bradbury, to the films of David Lynch, to the 1940s graphic novels of Will Eisner. But most of all, Sims listens to the world around him. âI draw a lot more from human interaction than I do from music,â he says. âI listen and try to understand how people function.â

Like all good writers, Sims has an ear for what makes us human.

âWhat are your soft spots– When are you at your most defensive, your most unabashedly happy or proud–â he elaborates. âOr when I see someone try to cobble a defense together when they're hurting. Those moments are noteworthy to me. I try to pay attention to them.â

Pay attention to Sims, and youâll be better for it.