Despite their growing reputation as one of the most exciting bands in punk, Spraynardâ€™s roots can be found in the simple formula of a close knit group of friends who love their hometown scene. Hailing from West Chester, PA, the three members began playing with a focus on growing a scene organically around them while having a great time together. Spraynard released their first full length Cut and Paste in 2010, an album filled with upbeat melodies and great Simpsons references. The record quickly won over the hearts of those around them, finding a hold both in and outside the local scene they worked so hard to develop.

In 2011, the band released Funtitled on Asian Man Records. The laid back, community driven attitude of the label was a perfect match for the Spraynardâ€™s fun loving spirit. The record spread like wildfire across the punk scene, helping to put West Chester on the map and the name Spraynard on everyoneâ€™s lips. With their steadily growing popularity, the band began touring more extensively and spending more time in the nearby city of Philadelphia, though they still worked hard to keep the West Chester scene alive. The long tour cycle turned out to be more straining then expected, leading to Spraynardâ€™s brief hiatus in 2012.

But fans did not need to wait long to hear more from their beloved Spraynard. In 2014, the band announced the release of The Mark, Tom, and Patrick Show, a compilation record released by Asian Man. The release was quickly followed by a sold out show in Philadelphia. The band returned to a fan base even bigger than when they left, taking off on a full US headlining tour before venturing to the UK with Modern Baseball.

Now, Spraynard has announced their next step forward as a band by signing with Jade Tree. The partnership has announced Mable, to be released in the summer of 2015. This album will be the first new, full release from Spraynard since their reunion, delighting old fans and exciting new ones. With new and exciting things still to be announced, watch out for Spraynard in 2015. 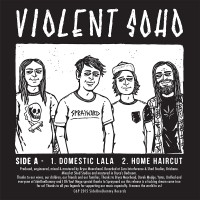 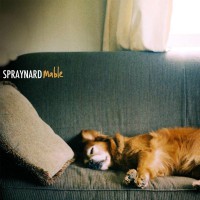 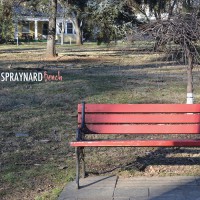