Just two years ago, Rochester, New York-based hardcore punk band Such Gold were hitting a huge milestone in their nascent careerâ€”the release of their first full-length, Misadventures, after a series of EPs and split releases. At that point, the band had already encountered numerous setbacks that wouldâ€™ve crushed a lesser band, from lineup changes to hospitalizations. But with Misadventures finally out, it seemed like things were turning around. Cue another series of setbacks: Longtime guitarist/vocalist Skylar Sarkis left the band on the eve of the bandâ€™s tour with A Wilhelm Scream, leaving Such Gold to adapt or perish. Frontman Ben Kotin wasnâ€™t phased.

â€œIâ€™ve played guitar nearly my entire life,â€ he reveals. â€œAt certain times throughout Such Goldâ€™s past, when a guitar player or a bass player couldnâ€™t make a show, I would step up and fill in. It would be a fun challenge for me to learn their parts.â€

So learn them he did, and from June 2013 on, Such Gold have functioned as a four-piece unit with Kotin joining founding member Nate Derby on guitar. When drummer and fellow founding member Devan Bentley left the band earlier this year, Kotin, Derby and bassist/vocalist Jon Markson werenâ€™t phased, immediately recruiting Matt Covey, whose resume includes a five-year stint with metalcore innovators Shai Hulud. â€œHeâ€™s an incredible musician,â€ Kotin says of Covey. â€œHe understands a lot about music that I donâ€™t, which is very cool.â€

It was with this lineup that the band entered the Blasting Room in Ft. Collins, Colorado, with legendary producer Bill Stevenson to make The New Sidewalk. Unsurprisingly, itâ€™s a huge leap forward for the band creatively, with the band pushing themselves further and further away from the pop-punk scene they came up in and instead focusing on being an innovative, forward-thinking hardcore punk band even if it brings some tension to the listener â€”something Stevensonâ€™s old band, Black Flag, knew a thing about, too. Needless to say, the band and producer got along smashingly.

â€œIâ€™m still very happy by the way Misadventures came out, but it lacked some melody,â€ Kotin admits. â€œWe were really nervous going in; we didnâ€™t know what to expect in the studio. On The New Sidewalk, we had a lot more time to really do what we want. The atmosphere was a little more relaxed. We got the chance to just hang out with Bill and company every day, shoot the shit about music, listen to his jokes and stories. It was a really comfortable setting.â€

Out of that comfort came an album full of discomfort, from the driving dirge of â€œI Know What I Sawâ€ to the five-minute-long psyche and purpose-examining title track (featuring Kotinâ€™s repeated wails, â€œI tangled my own head into a web/That pattern was impressive to no one but meâ€) to the jazzy skate-punk of â€œMorrisonâ€ (a true tale of being harassed by a small-town cop) to the black humor of â€œFood Court Blues,â€ in which Kotin amusingly distorts a Killers lyric (â€œAre we human or are we mall?â€) and documents his real struggle with a difficult co-worker at a fast food joint in a mall. â€œClearly, working at a mall food court is not a glamorous job, but I donâ€™t mind it,â€ Kotin says. â€œI just want to have the respect of my co-workers, which is reasonable, I think.â€

Kotin isnâ€™t afraid to tell it like it is nor is he ashamed of his station in life; he is discussing The New Sidewalkâ€™s creation moments after finishing mopping out toilets at a kidsâ€™ summer camp, his job for the summer. The struggle is real and relatable, and his lyrics reflect that; his bandâ€™s music is the canvas on which he paints, and those canvases keep taking an increasingly interesting shape. Kotin positively attributes that to Markson and Covey.

â€œTheir perspective definitely brought some of the weirdness and maturity for this new record,â€ he says. â€œAnd now that Iâ€™m playing guitar, too, I feel like I can do the things I want to hear. After years of Nate and I playing together, we know our styles. Itâ€™s easy to get set in your ways, but we all agreed that we wanted the songs to be a little more diverse when compared to each other. We didnâ€™t want to release another record where every song before you hear it, you pretty much already know whatâ€™s going to happen.â€

One listen to The New Sidewalk and youâ€™ll know the band accomplished their goal. The album twists and turns, divebombing from riff to riff as time signatures switch up almost on a whim. Keys and textures change with an unrelenting dynamic intensity. Itâ€™s almost serendipitous that the band recorded with Bill Stevenson, as The New Sidewalk is as challengingâ€”and rewardingâ€”as anything heâ€™s recorded. Kotin shrugs off the praise, before summing up his bandâ€™s m.o. in a perfectly succinct, brutally honest way.

â€œIf we thought we were writing worse music than our last record, we would just give up,â€ Kotin admits. â€œIf people have faith in us as musicians and writers, I think they will enjoy it.â€ 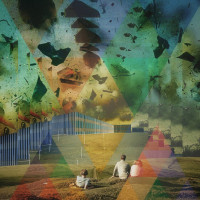 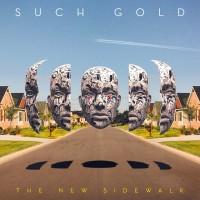