After more than a quarter century as a band, thereâ€™s really only one thing you can count on being the same with each new record from the Swinginâ€™ Utters, and that is that theyâ€™re going to make it a little different. â€œFrom the first record, I wanted to mix it up as much as we could,â€ says co-founder Darius Koski. â€œPlaying with different genres and instrumentation makes it more interesting. As long as itâ€™s a cohesive record, it works for us.â€

That dedication to not replicating any standard â€œSwinginâ€™ Utters soundâ€ has resulted in what may be their most cohesive (and paradoxically, one of their most diverse) records yet: the brand new long-player Fistful of Hollow, which explores the Uttersâ€™ interests in far afield sounds including Britpop, mod, Celtic, country, folk, andâ€”of courseâ€”a solid foundation of West Coast punk rock.

Helping lend to the album-to-album multiformity is the fact that for the second album in a row, a member made his first forays into tunesmithing for the band. Devotees will remember that last time around (on 2013â€™s Poorly Formed), guitarist Jack Dalrymple stepped up to the plate, and this time around bassist Miles Peck got his first at-bat, co-writing four of the albumâ€™s fifteen tracks with vocalist Johnny Bonnel.

â€œIt wasnâ€™t weird when Miles brought these songs, â€˜cause theyâ€™re not punk songs,â€ says Koski. On working with Peck, Bonnel says, â€œCollaborating on art has got to be one of the most gratifying things for me. Iâ€™m surrounded by truly unique and interesting brains in the Swinginâ€™ Utters.â€ Acknowledging that punk bands get easily pigeonholed sonically, Koski adds â€œWeâ€™re not that type of band anymore. I think people expect weâ€™ll have some weird stuff on the record.â€

Weird might not be a proper description for the head-bobbing title track (penned by Darius himself), but extraordinary definitely is, in both senses of the word: it is quite excellent, but also quite out of the ordinary, with a jangle reminiscent of many mainstays of late â€™80s/early â€™90s college radio. The title and cover art are also a tip of the hat to a heralded album from one of the greatest bands of that era, The Smiths and their classic Hatful of Hollow.

Since returning from an eight year recording hiatus in 2011, Swinginâ€™ Utters have been downright prodigious, releasing three albums in four years. And with so many influences, and so many band members pitching songs into the mix, it wonâ€™t be long before thereâ€™s a whole new batch of songs for you to suckle from the sonic teat of the Utters. â€œIf it was up to me, we wouldâ€™ve had a record every year from the time we started,â€ exclaims Darius, â€œbut weâ€™re just glad to get back on the map again an go on a real tour and see what happens.â€ 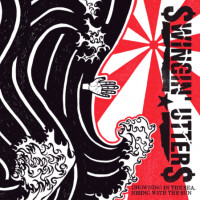 Drowning in the Sea, Rising with the Sun 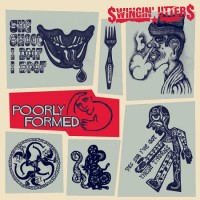 The Librarians are Hiding Something [7-inch]

Live in a Dive

A Juvenile Product of the Working Class

Druglords of the Avenues

Drowning In The Sea, Rising With The Sun 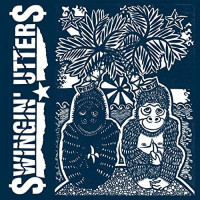