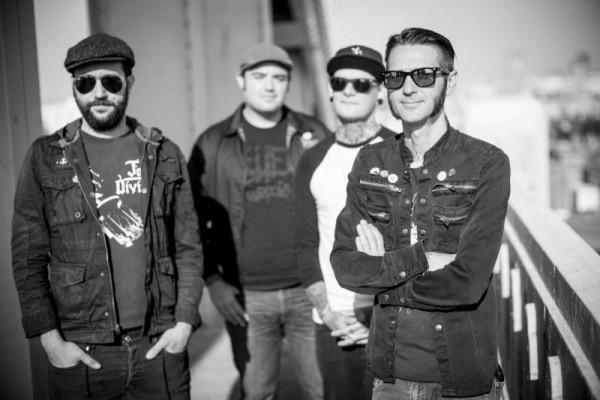 Photo: Michel Jean Philippe
The Briggs cut its teeth in the Southern California scene by patching together an urgent, swaggering and infectious brew from the best parts of rock, punk, oi!, folk and reggae. And now, they are poised to breakthrough worldwide – on a truly global scale –– with the tightly focused Back to Higher Ground.

The band's third full–length (and first LP for SideOneDummy Records) oozes with a spirit, passion, attitude and dedication that is sorely lacking from the rest of the Warped Tour and rock n' roll pack. It fully maximizes the gut–punching potential displayed on the band's debut, Is That What You Believe–, its sophomore album Numbers, and its debut EP for Side One Dummy, Leaving The Ways.

Although The Clash, The Buzzcocks, Toots & The Maytals and Stiff Little Fingers are all touchstone bands for The Briggs, the foursome is quick to point out that Bob Dylan, Billy Bragg, Elvis Costello are more punk than most punk bands and were a huge influence on the new record.

"This is a record that lays out how we feel as honestly as possible," explains guitarist Jason LaRocca, echoing the sentiments of many of the above–mentioned artists. "The band was not as focused before about what we were saying musically and lyrically. This album has that focus, but also has the urgency and fun that The Briggs is known for."

Taking cues from some of their favorite albums, Back to Higher Ground is meant to be listened to in its entirety. "I think this is one of those records where you have to listen to the whole thing to get the bigger picture. But then again, I am a musician and I take the whole 'experience' of listening to a record very seriously," proclaims guitarist Jason LaRocca.

The Briggs spent a lot of time meticulously honing the songs for Back to Higher Ground and pushed themselves both artistically and musically. Ideas would be touched upon, refined, and discarded if they weren't up to snuff. "We kept saying to ourselves, 'We can do better than this,'" Jason says.

"We weren't going to bother putting out a record unless it took every last bit of what we could possibly put into it and yet be able to sit back and listen to it and honestly say, 'Do we have something here–"

That persistence and perseverance paid off, as evidenced on the positive, anthemic title track. Tracks like "Everyone's An Actor" step further out from The Briggs' established territory without sacrificing or compromising their integrity or consistency.

For the new album, Jason stepped onto the other side of the mixing board, where he engineered and recorded the album from start to finish. He relied on Joe Gittleman – of Mighty Mighty Bosstones fame and producer of their last record – for quality control. "He was really our secret weapon. When we weren't sure, we would look at him and he would say, 'Yeah, you got it, move on!' or 'that's shit, trust me!' and we did."

Jason started his first punk rock band with his brother Joey before they hit their teens. In the first incarnation, Joey sang and played drums. However, after awhile Chris X, their merchandise guy made the transition to drummer, allowing Joey the freedom to be the dynamic frontman everyone knew he could be.

The Briggs' combustible energy has been a standout on the Warped Tour and on tours with bands as diverse as Tiger Army, The Casualties and Flogging Molly. The variety of audiences they can play in front of (both nationally and globally) is indicative of The Briggs' spirit and vision: that music should have no limits and that a truly great band plays what they feel is right, regardless of genre.

"The Briggs is for anyone. We want the world to hear what we have to say," concludes Jason. And soon, on the strength of Back to Higher Ground, they will. 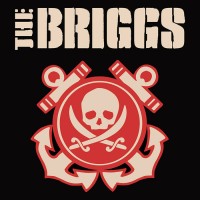 Back to Higher Ground

Jason LaRocca of The Briggs 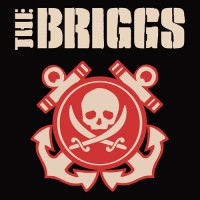