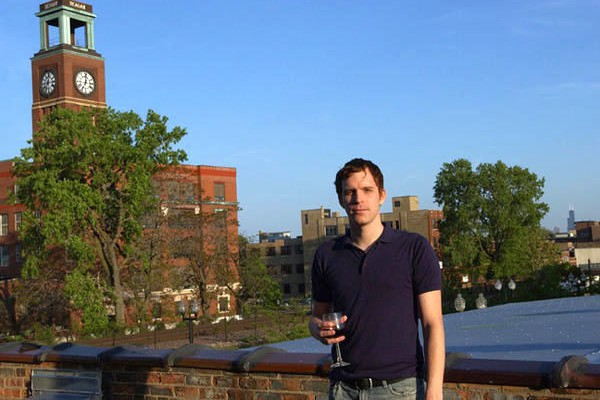 Photo: Paper Trail
The City on Film is the official name of Bob Nanna's solo act. He began solo recordings in 1997 during the off–time between Braid tours. These recordings began to accumulate, and in May 2004 he recorded I'd Rather Be Wine Drunk (his first solo EP) in a Salt Lake City hotel room during a Hey Mercedes tour. Thus far, he has released three EPs, an LP, and a 7" vinyl, and several split EPs.

The City on Film's sound is generally lighter, slower, and more cerebral than that of either Braid or Hey Mercedes. There are several lyrical connections and similarities across all three acts, though (e.g. in Hey Mercedes' "Frowning of a Lifetime", the line the lady's a raven / new Elenora Fagan compares with our baby will be a raven / we'll name her Elenora Fagan from The City on Film's "How a Helicopter Sounds").

The City on Film

The City on Film