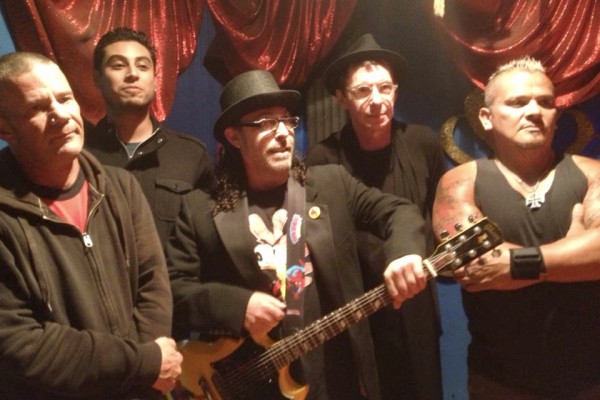 The Dickies were amongst the first punk rock bands to emerge from Los Angeles, and the first California punk band to be signed to a major record label and appear on network television.

The Dickies' style was campy and humorous with obvious influences from The Ramones. They were extremely popular in the UK and had a top 10 hit with "Banana Splits (Tra La La Song)" in 1979; oddly enough, many of their lyrics were about aspects of Southern California life not easily decipherable to those unfamiliar with the region, in songs like "Waterslide", "I'm A Chollo", "Manny, Moe and Jack", and "(I'm Stuck in a Pagoda with) Tricia Toyota", which is about a local TV news anchorwoman.

Drug problems slowed them down considerably in the 1980s, but they have continued playing and recording sporadically to the present day. In 1988 they did the theme music for the cult classic movie Killer Klowns from Outer Space.