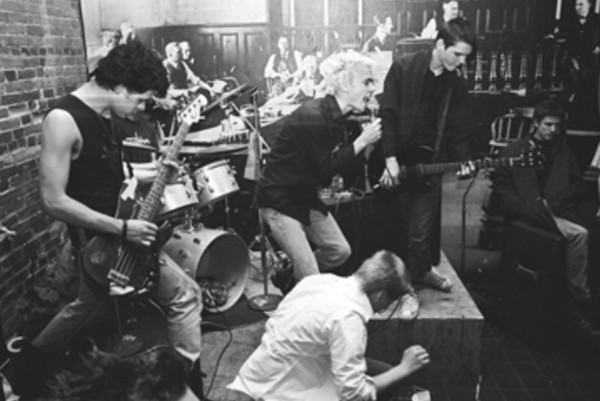 Photo: Malcom Riveria
Faith came together as a band in 1981. A time of musical explosion in Washington DC. The band consisted of Alec MacKaye on vocals, previously inThe Untouchables later in Ignition and now in The Warmers. Chris Bald played bass, later playing in Embrace with Mike and Ivor and then Ignition with Alec, among many other projects. Michael Hampton (ex– S.O.A.) played guitar and Ivor Hansen, drums. They both went on to play in Embrace and Manifesto.

Eddie Janney joined the band late, on second guitar, playing his first show on January 1st 1983. He had been in The Untouchables with Alec and after Faith, went on to play in Rites of Spring and One Last Wish.