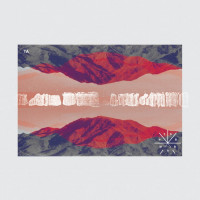 Parting the Sea Between Brightness and Me (2011)

Touché Amoré's sound has varied throughout their releases. Their first 7" from 2008 sounds more like your standard hardcore band. Everything is fast; nothing is quiet; it's heavy; it's got vocals that made my throat hurt the first time I heard it. The lyrics deal with an outward hate of the area surrounding the band and the culture of the U.S. in general. Then came the full-length, 2009's ...To the Beat of a Dead Horse. In 20 minutes, everything about Touché Amoré was different, save for the two tracks that came from the previous 7". But even those felt different. The band became more linear. Everything on that record was even faster, and there weren't any breakdowns. Nothing felt like it chugged along and the vocals became less gruff. The lyrics now shifted to frontman Jeremy Bolm's self, rather than the area around him. Between that record and their newest, Parting the Sea Between Brightness and Me, we've heard two splits with fellow members of The Wave, the group of post-hardcore bands that TA is oft-associated with. Both of those experimented even more with prettier instrumentation and changed-up tempos. Now we've entered the Deathwish era.

Opener "~" (pronounced "Tilde". They haven't gone all Prince on you, don't worry) is the calm before the storm. It swoops in and grabs attention almost immediately. After all, the tilde's most common use is to imply an approximation, whether of time, or perhaps one's own self. The next track, "Pathfinder" sets the stage for the rest of the record. There's an urgency in the vocals and the guitars act as a punctuation, an exclamation point this time. As the record goes on, the song "Method Act" really stands out. It plods along, trampling through almost everything that might be considered "pretty." It features a fairly harsh critique of self and feels like one of the most brutally honest songs from a band whose trademark is being both brutal and honest.

The lyrics are one of the most important parts of any Touché Amoré record, and they certainly serve a large purpose here. From "I'm not a provider, but a center divider" on the aforementioned "Pathfinder" to, "You learn a lot about a place when you see it for what it is. / It loses its feel of mystery and any hope that it can / give / me a reason / not to just start screaming out loud" on the track "Wants/Needs", it comes off as Bolm spilling his guts all over the record. On closer "Amends", there's the line, "For what it's worth... I'm sorry, and at the end I swear I'm trying." It goes to show that there's some progress made from the last album. It's less, "These are my faults and why I hate myself for them," and more, "These are my faults, and now I'm going to make myself a better person despite them."

On their previous splits with La Dispute and Make Do and Mend, the band experimented with some different sounds. The split with La Dispute featured a slow, bare-bones approach on one track and the split with MDaM went for a quieter approach. The band experiments here with a new, faster, leaner sound. It's more like Rites of Spring than any other hardcore band. The experimentation reaches a peak towards the end of the record. "Condolences" features a piano (!) and Bolm's harsh yell over it alone. It's a new feel, as is the followup to that, "Home Away from Here". One of the longer tracks on the album, it gets close to something that actually resembles a chorus. Both of these come off as huge deviations from the norm, and they break the formula that the band has stuck with. The risks pay off as they're two of the best tracks on the album.

At the end of 21 minutes, the record is over, but there's a hunger for more. The record's replay value is through the roof. There's a lot to be said for that. There's always something you can find on the 10th or 20th listen of this album that you never noticed on the first. I had the pleasure of seeing a few of these songs performed live and they still capture the same emotion on record. For a 21-minute record, you're not likely to do better than Touché Amoré. This album has the potential to climb into several "Best of" lists and keeps with the same feel as their first records do. It's still honest; it's still fast; it's still great. A lot has changed for Touché Amoré, but even with the switch to a bigger label, they keep a voice that is theirs, and it's got the potential to be one of the loudest voices in the genre.