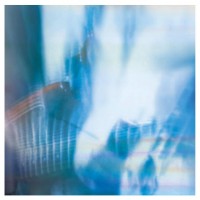 Kevin Shields was deceptively prolific. Sure, his band, the Irish shoegaze pioneers My Bloody Valentine, only managed two records–Isn't Anything and Loveless–and not much since then, but for a period in the late '80s, Shields and his band evolved at a rapid clip. They improved with every EP, eventually becoming the premier shoegaze band fans love. Isn't Anything and Loveless are essential listening, but with the two-disc set EP's 1988-1991 [sic], fans can hear some choice rarities, remastered to sound their best ever, along with three new songs.

EP's covers the You Made Me Realise EP through the Loveless singles, so it essentially covers the period that everyone will agree rules. MBV started off as a horror punk band in 1983, ripping of the Birthday Party well enough. Gradually, they evolved into a post-punk outfit before finally hitting upon shoegaze, and while it can be educational to hear the band's full run, EP's covers the absolutely essential stuff. The unquestionably good stuff. While it would have been nice to hear cleaned up takes on Ecstasy or Strawberry Wine (heck, even Sunny Sundae Smile), EP's probably would have lost some consistency in doing so. Instead, it's filler free.

"You Made Me Realise" opens the collection with urgent drums and guitars that roar like jet engines. It's a lot faster than MBV's more well known material, a trend that continues on through tracks like "Thorn" and "Feed Me With Your Kiss." There are some ominous, slower songs like "Cigarette in Your Bed" along the way that hint at Isn't Anything as well. The first disc runs in chronological order, so it's kind of cool hearing the band as they approach a major artistic leap.

The second disc is arranged more by flow. It opens with 1991's Tremolo EP, then backtracks to the two "Instrumental" tracks from 1988, arguably two of MBV's best non-album tracks. The two songs complement each other and show off what the band was capable off. One is atmospheric and mellow; the other sounds like the stuff of nightmares. The set then jumps forward to a 10-minute alternate mix of "Glider." So. Good.

Up to this point, hardcore fans should already be familiar with most of the material collected, though. Yeah, the remasters sound gorgeous, but these songs have been available for a while. Then comes four mindblowers: "Sugar," originally only available on a French single and British flexi-disc, followed by three unreleased tunes. "Angel" opens with a guitar dirge before the rest of the band kicks in. It's a little long and lacking in dynamic, so I can see why it was left off, plus though there's a clear dip in quality from the other songs. Still cool to hear it, though. Same goes "Good For You," which recalls the band's earlier period when they were still transitioning into shoegaze. This one would have fit in nicely with Sunny Sundae Smile, although the buzzsaw guitar solo in the middle and end destroy anything the band actually released around that period. That leaves "How Do You Do It" to close out the set, and it's yet another roaring success.

While it would be nice to hear more of MBV's catalogue reissued, it'd be nice to just hear more MBV period. All the same, EP's captures a critical part of the band's history. Look at it this way: For the first time since 1991, MBV has an essential record out again.