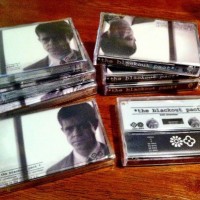 Underrated in life, perhaps it's fitting that the Blackout Pact's posthumous overview Bold Intentions â Demos & Rarities 2005-2009 + Wolves in the Lazarette E.P. comes in the form of a limited edition cassette. While perhaps a bit late from the band's 2005 heyday, it's still nonetheless a rocking summary of a band that could have and should have been bigger.

Admittedly, the tape recycles a lot of material that ended up on the band's lone full-length, Hello Sailor. Then again, given that that record has gone out of print, Bold Intentions also could also be said to reintroduce some of Hello Sailor's best tracks, such as "We Drink So You Don't Have To" and an alternate version of "You Punch Me, I Punch You." The fidelity is a little grittier, but the Hot Water Music-y gravel punk remains stellar.

Unfortunately, the release has its share of issues. The track listing consists of unnamed songs, which just seems unnecessary. It's a limited edition pressing on an unpopular format, although the graininess of tape suits the demos. And it does feel a little too padded with previously released material, even for a band that formed and broke up within three years.

Bold Intentions does at least give the Blackout Pact one last day in the sun. It finally gives the band's intended swansong, the strong, energetic Wolves in the Lazarette E.P., a physical release. It also showcases their collaboration with Thursday that eventually became "Last Call," from Common Existence. Rickley was right to work with the Blackout Pact even if it didn't pan out; maybe with Bold Intentions, a few more people will catch on.