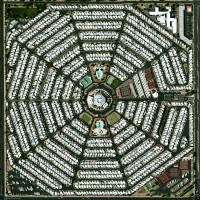 Modest Mouse are legends of the indie scene but have been absent from said scene for 8 years. To a dude like me in his mid-30s, maybe that doesnâ€™t seem that long, but shit, some kids have gone through both high school and college since 2007â€™s We Were Dead Before the Ship Even Sank was released. Damn. So much has happened and been forgotten about since 2007. Looking at my Punknews Top 20 from that year, Iâ€™m reminded that Against Me! went major label that year with New Wave and Lifetime and Dinosaur Jr. reunited and made albums. Ancient news. It was also the last time the Weakerthans made an album. Them and the Modest Mouse record were my #2 and #3 of 2007, respectively, so you can see how tortured Iâ€™ve been by two of my favorite â€œactiveâ€ bands being barely what one would call â€œactive.â€

What the hell is the deal? Brock started a label, self-effacingly called Glacial Pace, and has been recruiting bands and producing albums. In NPRâ€™s First Listen interview, Brock addresses the issue: "I mean, it's definitely not a race. I'm not dying to put out a record; I'm kind of waiting for a record to show up. There was a lot of time, between the last couple of records, where I wasn't sure it was even an environment I felt like releasing music into. He adds, â€I needed enough time to fill my head with stuff.â€ He took on beekeeping. Yeah, you read that right. He spent time out in nature where â€œItâ€™s easy to lose track of time.â€ This time in nature lends the overarching lyrical theme of this new album. These are out front in â€œCoyotesâ€: â€Walking with ghosts in the National Parks / Coyotes tiptoe in the snow after dark.â€ and â€Mankindâ€™s behaving like some serial killer / Giant old monsters afraid of the sharks.â€ Itâ€™s a relaxed tune with finger picked acoustic and gentle percussion, fleshed out with understated banjo, slide and electric guitar. I was glad this was chosen as a single, complete with a video recreating a coyote wandering, confused, onto Portlandâ€™s public transit and riding the rails. You donâ€™t hear a lot of 3/4 songs on the radio, let alone ballads. It brings back a bit of the fan-favorite album Moon and Antarcticaâ€™s aesthetic, but with modern MM flavors mixed in.

â€œLampshades on Fireâ€ the big single from the album, has been criticized as â€Something Brock could write in his sleep,â€ paraphrasing from Sound Opinionâ€™s Greg Kot. While it is a song that could have fit on either Good News or We Were Dead with its funky guitar, swaggering drums, whammied guitar harmonics and â€œba-ba-badabaâ€ intro vocals. But damn if it isnâ€™t good. Why canâ€™t they write a song that is identifiable instantly as a Modest Mouse song?

But I do see where heâ€™s coming from. In 8 years youâ€™d expect a fair amount of growth, considering that each record thus far has had its own vibe while still fitting within the MM canon. 1996â€™s This is a Long Drive for Someone with Nothing to Think Aboutâ€ set the table for â€˜97â€™s Lonesome Crowded Westâ€™s epic statement of purpose, with raw, dancey, energetic tunes, depressing folk tunes, and sprawling, stretched-to-the-limit drum-pattern jams, all detailing bits of Brockâ€™s rough life to that point and his view of the loneliness of rural America. 2000â€™s Moon and Antarctica made a whole new statement of purpose with lush soundscapes, being the most chill record in their discography. The album that broke the band into the mainstream, 2004â€™s Good News for People Who Love Bad News, though it had big singles like â€œFloat On,â€ still had itâ€™s own tone, bringing in a huge Tom Waits influence by introducing banjo, accordion, brass, and a new carnival-barker style from Brock on certain tunes. 2007â€™s We Were Dead Before the Ship Even Sank was their dance pop album, and featured collaboration with Johnny Marr who brought a some jangly guitars to the Brock show, as well as extra pop high range vocals from The Shinâ€™s James Mercer on a few tracks.


While Marr is gone, Mercer returns to drop some backing vocals, but the biggest hit here is the loss of founding member and bassist Eric Judy. His melodic basslines on songs like fan favorite â€œTrailer Trashâ€ are sorely missed here with his replacement, who just fills in the low end. Dann Gallucci, who played on Good News, is back in a supporting role, helping out with guitars and synths. To add my own piece to all this, in my opinion, MM has been too big a band for about a decade. I love all of their records, but I do miss the three piece sound, and now one of those main pieces, Judy, has moved onto other aspects of his life after being with band for 20 years.

To me, the boring song on the record is â€œThe Ground Walks, With Time in a Box,â€ which is in the exact style as their last albumâ€™s hit â€œDashboard,â€ but without the great hook and memorable lyrics of that song. Plus, itâ€™s entirely too long. â€œThe Tortoise and the Touristâ€ sounds a bit too much like â€œWhale Songâ€ off of 2009â€™s stopgap b-sides collection No Oneâ€™s First and Youâ€™re Next, though the verses do assume their own identity. The third single released before the albumâ€™s drop was â€œThe Best Roomâ€ and while I happily gobbled up the new material from MM before the albumâ€™s release, now within the tracklisting it doesnâ€™t stand out; itâ€™s trying too hard to be like â€œFloat Onâ€ and falling way short. The worst track on the record by far though is â€œPistol.â€ I get it--Brock is playing a character who is a sexual predator, and the aggro stomp and harsh gating on the drums and fuzz on the bass all help make the character real, but itâ€™s just not good and its embarrassing lyrically. Isaac, youâ€™re way better than using a pistol as a metaphor for the male member. Thatâ€™s AC/DC-level low-brow stuff.

Letâ€™s get to the good tracks. â€œAnselâ€ adds some new elements with its steel drums (or synths creating a steel drum sound) and reggaeton-esque rim click beat. It drifts into four-on-the-floor MM territory, but you donâ€™t hear me complaining. â€œSugar Boatsâ€ brings in some Good News feel with tuba, chromatic circus piano lines and distant blatting trumpet. â€œWicked Campaignâ€ begins with relaxed drum machine and synth pads, with Brockâ€™s patented guitar stylings entering quickly. As the drums build, Brock doubles his vocal melody with that low range spooky thing he does so well. Near its end it features Mercerâ€™s vocal stylings way up in the stratosphere. â€œGod is an Indian and Youâ€™re an Asshole,â€ is a nice short interlude track that would have fit on Lonesome being in a similar vein as â€œJesus Christ Was an Only Childâ€ and â€œBankrupt on Selling.â€ Its another take on us Americans destroying our beautiful country, and is right on the money.

According to Pitchfork, It was said by Brock that the â€œfollow up to Strangers to Ourselves was currently in the making. It was said to be like a part two to Strangers and the release date is currently unknown, but Brock said they will try to release it â€œas soon as legally possible,â€ whatever that means. This is exciting, and to know that Brock has been writing this entire time is a relief, and with how long Strangers is, to be part of a double album is kind of mind-blowing. I am so, so happy to have a new Modest Mouse album, and it is a good one. But its not great. My score was given in relationship to their catalog, not indie music as a whole, because what MM will always be head and shoulders above anyone else. If Lonesome and Moon are 10s, Good News is a 9 and Long Drive and We Were Dead are 8â€™s, then this gets 7/10. Definitely worth picking up for Modest Mouse fans, but those new to the band should start elsewhere.

The Menzingers: I Was Born [7-inch]