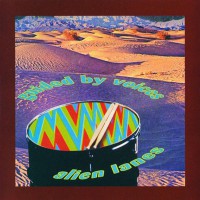 With the release of their 1994 album Bee Thousand, Guided by Voices (GBV) became the darlings of Americaâ€™s indie rock scene. By 1995 the band had made the jump from regional indie label Scat Records to the legendary indie label Matador Records. In 1995 they would release their Matador debut Alien Lanes an album that garnered them attention from MTV in an era where that still meant something and music critics considered on-par with or not better than the album the preceded it. Despite the bigger label and larger recording budget, the band stuck with their lo-fi hometown roots, recording at Collider-XL aka Tobin Sproutâ€™s basement with Robert Pollard producing under the alias Mr. Japan.

Guided by Voices in the mid-'90s was a band with two great musical minds in it. Robert Pollard garnered the most media attention, by fronting multiple incarnations of GBV and having one of the most prolific songwriting careers of any decade in rock and roll. The other major creative force in this band was the equally talented Tobin Sprout. While nowhere near as prolific as Pollard, he was the McCartney to Pollardâ€™s Lennon, the Grant Hart to Pollardâ€™s Bob Mould, the Marr to Pollardâ€™s Morrissey. While theyâ€™ve had excellent and compelling solo careers, in my eyes their best work came while they were together. And some of the best work from that short lived era was on Alien Lanes.

Opening with â€œA Salty Saluteâ€ was the product of a total collaboration between Pollard and Sprout. In addition to co-writing the song together, Sprout played all instruments on the song while Pollard provided the vocals. With a refrain of â€œthe club is openâ€ and some of the best indie rock of the '90s the song became a live staple and a rallying cry for fans of the bands drunken live shows that would have likely made Paul Westerberg suggest the band might want to drink less.

Much like Bee Thousand, GBV provided fans with many songs that would become classics on Alien Lanes. Among them was â€œWatch Me Jumpstart,â€ a song that would later share its title with a documentary about the band. In addition to being a great rock song that basked in the minimalistic genius of Robert Pollard, the song featured what was a staple of classic GBV songs -- great lyrics. This isnâ€™t to say that Pollard or Sprout were writing stream of consciousness pieces like an early Dylan or Springsteen, but they both had a knack for writing lyrics that while having some literal meaning remained cryptic enough for fans to attach their own meanings without being accused of missing the point of the song.

Across 28 songs GBV showed that Alien Lanes was one of the strongest albums of their career. While Bee Thousand is considered by many to be the bandâ€™s crowning achievement and perhaps the greatest indie album of the '90s, the high points on this album are much higher. By the same token, the low points of this album, which should not be confused with songs worth skipping over, are nowhere near as good as anything on Bee Thousand By their next album, Under the Bushes Under the Stars the band stepped away from their four-track lo-fi roots and entered a 24-track studio â€¦ well multiple studios. And by the following year, Pollard had dissolved the â€œclassicâ€ era lineup and replaced them with Cleveland-based band Cobra Verde. Alien Lanes was a documentation of a band that had hit their stride an album earlier and were still at the peak of their powers when they recorded this album.

While almost anyone familiar with the independent music scene is familiar with the band and the far-reaching influence their career has had on rock music in the decades since they rose to prominence, this albumâ€™s influence may be a bit more of a mystery to those who donâ€™t live in the city where the band got their start. If youâ€™ve got a deluxe version of Jimmy Eat Worldâ€™s Bleed American go check out â€œGame of Pricksâ€ -- thatâ€™s track seven on this release. Motion City Soundtrack covered â€œMy Valuable Hunting Knife.â€ The Strokes, who Bob Pollard was a big fan of, covered â€œA Salty Salute.â€ And Superdrag and fellow lo-fi musician Lou Barlow both appeared on the GBV cover album Sing for Your Meat: A Tribute to Guided by Voices. Maybe it isnâ€™t punk rock in the traditional sense of the word, but when five guys produce an album themselves in their guitaristâ€™s basement and joke they spent more on beer than the actual recordings â€¦ you canâ€™t say they didnâ€™t walk the walk, even if they werenâ€™t talking the talk.

that dog: Totally Crushed Out!