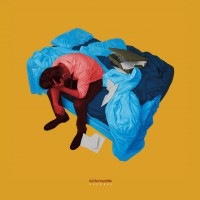 It takes about, oh, 60 seconds of listening to this album before you realize that the title is purely in jest. This is around the time vocalist Jesse Matthewson starts spouting his sardonic viewpoint. With lyrics concerning workplace-induced depression and song titles like "A Catalog Of Small Disappointments," this album is positively dripping with irony and ruminations on unmitigated failure. To sing about these issues is certainly nothing special. To do with with confident panache is a whole other matter.

The band digs deep to display the influence of Amphetimine Records stalwarts like The Cows, Unsane and feedtime. One can't help but think that producer extraordinaire Steve Albini must have suffered/enjoyed Killdozer flashbacks while recording this album. The influence of Albini's own music (Big Black, Shellac and Rapeman) can be felt all over this album as well, especially in the vocal delivery. This record bears all the hallmarks of an Albini-produced album: impeccably recorded drums, screeching guitars and gnashing vocals. Though KEN Mode strip things down a bit on this album, this record still sounds BIG. Opener "Blessed" sounds like a monolith composed of compacted feedback, stomping drums, and loose ferocity.

None of this is necessarily new to KEN Mode's music, as many of their past albums featured rumbling bass lines akin to Cop Shoot Cop and The Jesus Lizard. The band seems to have realized that holding back at certain times makes an energetic sonic release that much more impactful. The guitars leap and submerge in reaction to the tight rhythm section composed of Shane Matthewson and Scott Hamilton. KEN Mode are exploring a well-traveled road here, no doubt, but they maintain a solid grasp on the genre. They're able to prove that standard noise rock acrobatics are something to behold when held in their hands.

Noise rock vocalists often carry larger than life personalities. There's the madman aesthetic of David Yow, the sharp, wisecracking ability of Andy Falkous and the unclassifiable characteristics of Eugene Robinson (who provides guest vocals on album opener "Blessed"). Jesse Matthewson ably carries the torch on Success. Most notable are his vocals on "The Owl...," where he contorts his vocals into unidentifiable shapes to match the music's near constant gear shifts and drifts into different sonic avenues. Lyrically, such as in "Management Control" and "Dead Actors," he narrates the thoughts of those who have experienced the dull sensation of being stuck in a dead end job.

When you get home from a terrible day at work, you can fall face first into your bed or you can dive head first into a bottle. Either way, KEN Mode has supplied the soundtrack to your descent into the coping mechanism of your choice.