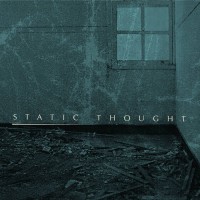 Static Thought were an extremely underrated punk rock band straight out of Oakland, California, who were signed to Hellcat Records for their first two albums. After being pigeon-holed as â€œRancid: Junior Editionâ€ on their debut, In The Trenches, the band expanded their sound to incorporate elements of modern hardcore on their sophomore effort, The Motive For Movement, which still remains amongst my most favorite albums of all-time. As traditional punk became less and less popular, Hellcat shed the majority of its roster and the band decided to go it alone in 2012 for the release of their third and final album, Static Thought.

Progression can be a dirty word in punk rock. Some fans want nothing more than a band to reproduce the same sound over and over again, taking offence to even the slightest variation or new twist. On Static Thought, the boys try their hand at building somewhat of a concept album by introducing sound clips, interludes and songs with run times pushing the five-minute mark. Not usually winning formula for my ears, but thankfully I can say that the record sounds better than how it might be described in text format. The fundamentals of their style remain intact; fast riffs, big beats and gang choruses worthy of a fist-pump or two. This band brings ace musicianship and a true sense of urgency.

In terms of whatâ€™s different here, there are three main aspects. First, the songs flow from one to another, helped along by a few audio samples and interlude tracks instead of abrupt starts and stops. Second, the breakdowns are longer and much more stretched out than on their previous efforts, which I find works well but maybe gets a bit too elaborate by the end. And third, the lyrical content seems a bit more introspective and less cutthroat in nature. These arenâ€™t necessarily drawbacks and may even catch the attention of some new listeners who would have passed on their earlier stuff. However, a definite drawback is that the band called it a day not long after this album came out. Even though I was fortunate enough to see them live for this release, I feel that the lifespan of these songs would have been longer in my stereo had the band pushed on a few more years.

Static Thought is a great example of how a punk band can progress over time. While I wouldnâ€™t score it as high its predecessor, the album holds its own and can offer something slightly different to even the most traditional punk rock collection.