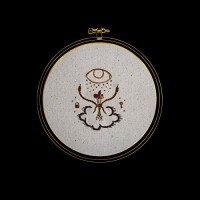 Evan Weiss is to the modern emo-revival what Captain America is to the Avengers. A voice that serves as a paragon of virtue for fans like me, itching for Sunny Day Real Estate, Mineral and American Football to knock the likes of Beiber, Alabama Shakes and Taylor Swift off the charts. While I keep dreaming, Weiss' Into It. Over It . finds itself once more taking his brutally honest ideations and crafting yet another melodic, harmonious and acoustically exposed body of work that will continue to make waves in the contemporary indie/emo genre scene. Proper was legit and to this day stands tall as the best in his catalog with Intersections complementing his restless days. Standards however feels like a record with more breathing room - even more open and complete - that while I'm not inclined to say is as musically explorative or exhilarating, still holds up as a mature, contemplative and most welcomed addition to the family.Â

John Vanderslice handles the production with IIOI opting for the analog over digital route as Weiss and tour drummer, Josh Sparks, secluded themselves from the world in a Vermont cabin, to compose things. Their experience in constructing this was kept as no secret as they touted how free their writing became as opposed to the pained process of writings past. You sense the change as they realise a lot of positivity on the tracks. "No EQ" stands out with Sparks' frenzied drumming plastered over a gloomy melody. In fact, it comes off like label-mates Tiny Moving Parts in how urgent it gets (similar to Sparks' quick stick work on "Adult Contempt"). They add a lot of pace to the record which I admit needed more of. The former track in particular feels like a response to the younger days of "No Good Before Noon". 'The aching brain doesn't process things the same / As 30 minutes fade into 20 years / How Could I Change?' is repeated to bring full-circle how time's evolved Weiss as an artist and person.

"Vis Major" is another amped indie-rock jam, nodding to the likes of SDRE and The Hold Steady, which all help to balance out the plethora of slow burners I came to expect. "Your Lasting Image" is testament to this, documenting Weiss' reflection on the world over a Grand Canyon sunset, with so many lyrics placing you square in his thoughts and neck-deep in his conscience. It segues into "Old Lace & Ivory" - another minimal yet profound track - that sets the stage for the piano-laced "Required Reading" to bookend things. These second-half tunes really bring more character to the record which spills on religion, relationships, substance abuse and so many other things which Weiss has tackled before but only this time, it connects with some more wisdom as opposed to young fire. They're all tempered down to a snail's pace to keep digging at each introspective fibre in your body.

Standards is definitely a major step forward, and a fearless one that at, for IIOI but one I'm not surprised with.Â

Big Ups: Before a Million Universes